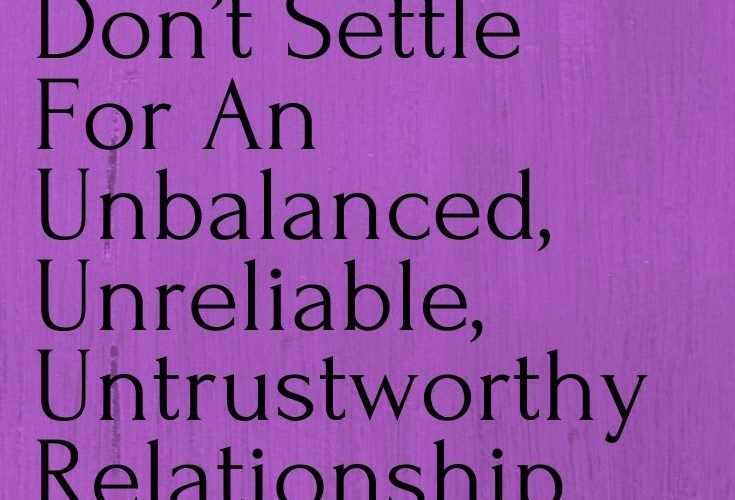 Don’t settle for an unbalanced relationship where you’re always doing the bulk of the work. Where you’re running around, trying to get chores done and plan dates and come up with conversation topics. Where you’re in charge of every single aspect that makes the relationship run smoothly. Where you’re loaded down with stress.

You need to hold out for someone who shares responsibilities with you. Someone who helps you out when they see how much pressure you’ve been under, how much stress has been weighing you down. You need someone who never hesitates to lend a hand, even when they could easily get away with turning the other way, because they want to make life easier on you. They want you to relax. They want you to be happy.

Don’t settle for an untrustworthy relationship where you’re worried your person is going to leave at any time. Where you’re always on the lookout for threats, for red flags, for signs of cheating. Where you’re convinced it’s only a matter of time until they find someone more exciting than you, someone they like better. Where you’re counting down the moments until your relationship implodes. 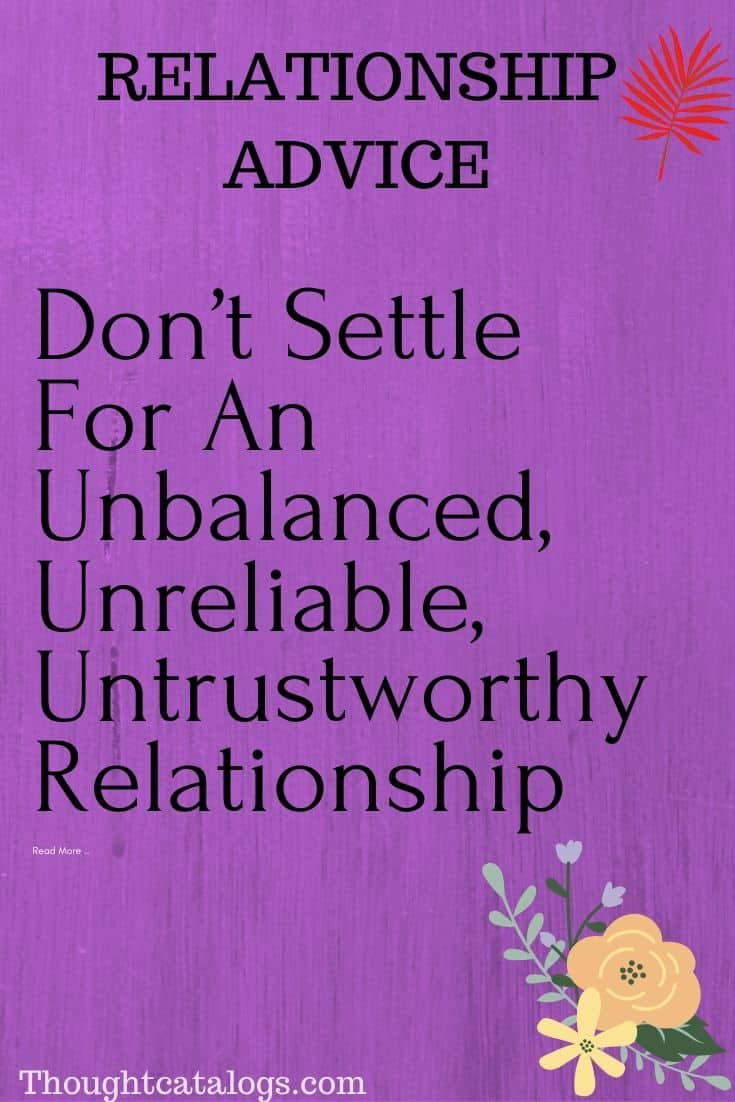