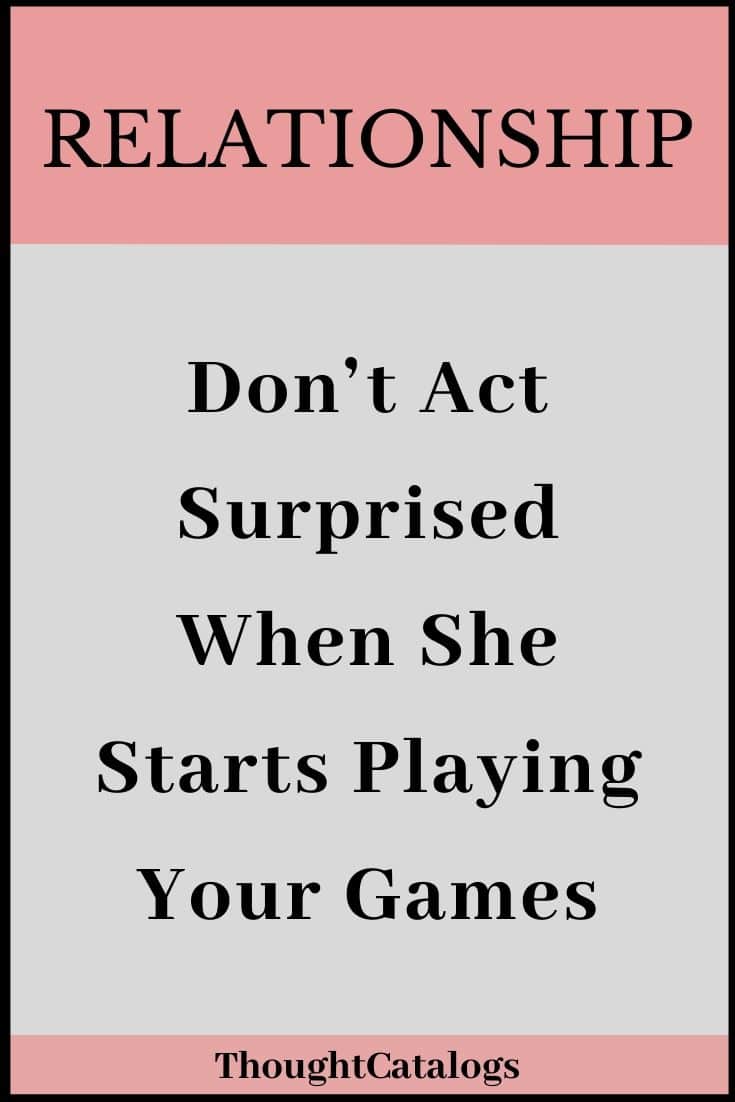 You think that you are the only one setting the rules in this relationship? The only one allowed to play mind games and to send mixed signals?

You think you are the only one who has the right to vanish from this girl’s life whenever you feel like it? The one who can come crawling back every time you want to have her back? The only one who can ignore this girl and slide into her calls and texts when you want some of her attention?

Well, think again. Because trust me—two can play this game.

And if you treat her right and if you give her the love and attention she deserves then trust me—you’ll see how much this girl has to offer. You’ll see that you are actually blessed for having her in your life.

The truth is that this girl won’t tolerate your shitty behavior. She will give you a taste of your own medicine as soon as she sees that you are trying to play with her mind and heart.

She will do it because she has high standards and because she isn’t ready to settle for someone not treating her right or someone trying to put her down.

It’s pretty simple—this girl will never be in a one-way relationship in which she is the only one trying and the only one putting in all the effort. She won’t prioritize you while you keep treating her like your backup plan and second choice.

She won’t cancel her plans every time you remember that she exists in your life. She won’t sit at home, waiting for you to unexpectedly call, asking her to hang out. She won’t disregard her own life just so she could always be available for you.

And she definitely won’t give you her love while you treat her like shit. She won’t waste her time on some emotionally immature jerk who isn’t ready to give her what she wants, needs or deserves. She won’t allow you to break her heart because she knows you are not worth it.

So don’t act all surprised when she starts playing your games. Don’t be shocked when she cancels your plans at the last minute, when she tells you she is too busy to hang out, when she starts ignoring your texts or when she disappears from your life without a word.

THIS IS HOW YOU MADE ME BELIEVE IN FOREVER AGAIN

The Most Lovey-Dovey To The Least Affectionate In August 2020, Zodiac Signs RANKED

20 Ways to Love Your Wife According to the Bible

Man Got Lost In My Dms

The 5 Signs That Are Most Afraid To Love

ThoughtCatalogs - November 3, 2019 0
What happens when his hidden emotions come to the surface? I met a guy a while ago. I fell for him the second I laid...