If you’ve recently met a guy who is sending you mixed signals or you just want to refresh or improve your current relationship, you’re in the right place.

Sometimes it’s really hard to understand a man and his mindset. One day he’s trying really hard to impress you and the next, he acts like he barely knows you. It can be really tiring and confusing to be with such a guy.

Don’t think it’s your fault. It is in their nature to go wild sometimes and become distant all of a sudden. The secret is in finding a way to tame him and he’ll never want to play any kind of games with you.

If you do these 5 things, you’ll make him want to stay and beg for more.

So, when he starts talking about something he likes, do not interrupt him. That way you’ll make him feel understood and appreciated.

Just listen to him and occasionally you can ask some questions to show that you’re interested in his passions and what is going on in his life. In their eyes, there’s nothing sexier than when a woman listens to her man’s passions.

2. Accept him with all of his quirks and flaws.

So what if he is leaving his socks under the bed or he is doing something in his own retarded way which you don’t prefer. None of us is perfect, you have to understand that.

If you want him to feel loved and relaxed when he’s with you, accept his flaws and quirks and understand that these are what make him unique to you.

If he senses that you’re trying to change him, he will run away as fast as he can. Men are really allergic to that. When a woman is trying to change them, they think that they’re the ultimate failure and that you don’t like them the way they are.

I know you don’t think that way but you’ll make them feel disappointed in themselves and they’ll be ashamed to show you their true self.

If you want him to stay, you have to find a way to get him to open up to you. Sometimes it’s really hard to achieve this because when they feel stressed, they usually hide themselves in their man cave.

If you’re not sure what a man cave is, I’ll explain. A man cave is their favorite place where they choose to hide when they are facing problems in their life or in a relationship.

They go there in order to feel safe, to contemplate and find a solution to their problems.
He will do this because he’s afraid that he may appear weak or feminine in front of you if he decides to tell you his problems.
Your task is to make him open up to you and you’ll make him the happiest man in the entire world. That way you’ll replace the concept of the man cave and you’ll be the one he goes to ask for advice whenever he feels like it.

This is one of the ways that you can make him open up to you. If he sees that you’re not afraid to share your secrets with him, he will be more confident to tell you his own problems and open up to you.

He will realize how much of an independent and confident woman you are and it will make him stay. He will feel safe in such an environment.

They may seem tough and masculine but every man has his own vulnerable side that he will share with someone whom he really trusts and is comfortable with.

Don’t forget to give him space when he needs it. Sometimes he’ll become distant just because he feels like he needs some time to himself.

If you keep pushing him to tell you what is going on and he replies, “Nothing,” it is because he needs some space to recharge himself. And there’s absolutely nothing wrong with this.

We all need some time for ourself in order to function properly and become the best versions of ourself. If he wants to go out with his friends and have a guy’s night with liters of beer and chips, let him.

If you show him that you’re too needy or if he feels that you’ve taken away his freedom, you will scare the shit out of him and he will run for his life from you.

Always give him space and you’ll see how grateful he will be for that. In his eyes, you’ll be the coolest girl he’s ever been with. You’ll make him want to stay forever. 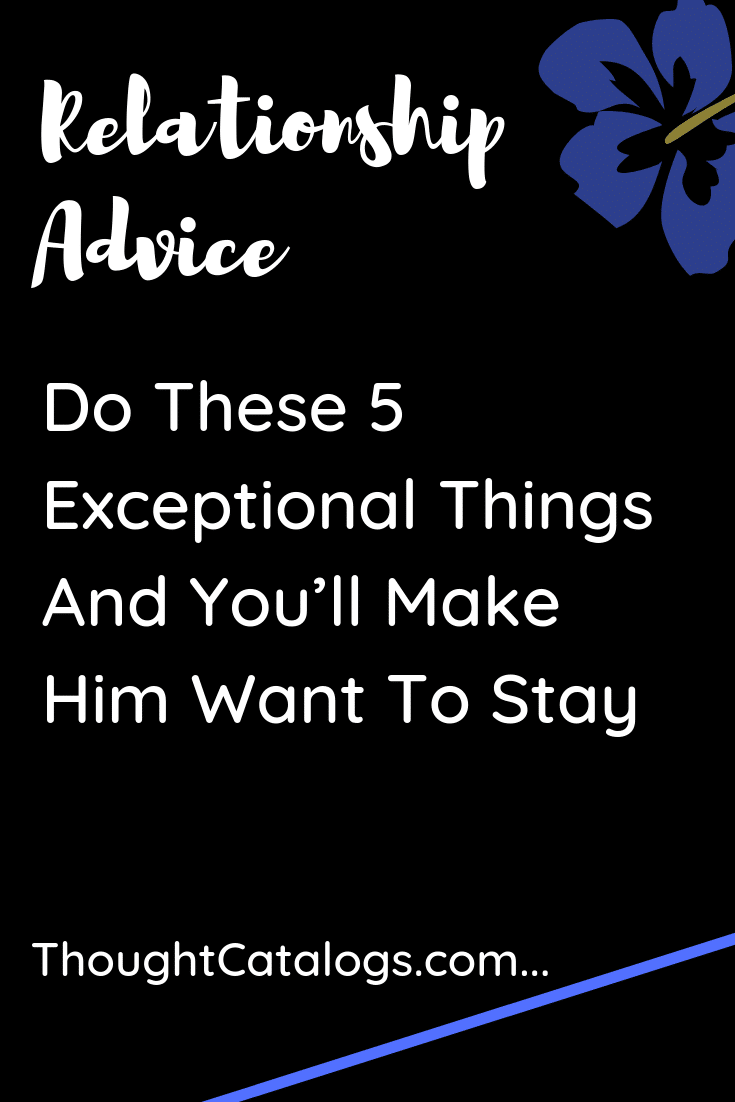 5 Signs That You Are In A Deeply Intimate Relationship