She is self-sufficient. She has always known what she needs and what she has to do all by herself. Nothing ever came to her served on a silver platter. She had to earn everything in her life with her hard work and her stubbornness.

She is not afraid to go and do things herself. She has been through everything and it has taught her that the only person she can trust is herself.

It’s not easy for her to open up to someone and let them love her. She, who has learned to do everything by herself and never to depend on anyone,cannot imagine losing herself in a knot of confusing feelings toward another person.

But believe it or not, she can love and her love is the same as she is—fiercely independent and ridiculously emotional. When she falls in love, it’s something that lasts for as long as you don’t break it yourself by doing something selfish and stupid. She will never be the one who’ll break her promise of loving you.

This is tearing her apart because on the one hand, she wants to give all of herself to someone who deserves it, but she doesn’t want to lose who she is. You see, it’s so hard loving her, but it’s also worth it.

She is afraid that she’ll stumble upon someone who won’t be able to understand her and give her the space she needs. She’s afraid she’ll have to become dependent and that she’ll lose her true self, but at the same time, she wants to give that someone special all of her. She wants to include him in her life. She wants them to join their paths and fight together. Although this is terrifying as hell, she wants it.

Her mind is the biggest problem here. She’s trying to shush it. She’s  trying to fight with her reason which is telling her that she doesn’t need anybody. It tells her that she is already complete and someone else may only ruin her while her heart fights also to win. Her heart, her emotional side which is as strong as the reasonable one, wants her to give in to the pleasure, to give in to love.

That’s when she gets vulnerable. That’s when she loses herself because she has nothing under control. She is exposed to you completely. She is suddenly aware of the situation she is in. She has let you in. She has trusted you and you can easily hurt her. So, she pulls back. She builds this huge emotional wall around herself because she has realized that she is completely naked, on display and at your mercy.

She has to be true to herself. She has to stay independent and trust herself the most. She knows her decisions are the best for her. She knows her mind will never trick her, but she can’t be afraid of love so much. You have to show her that there is a balance between the two. You have to make her aware that even if she falls in love, she won’t lose herself. She won’t lose the ability to make her own decisions.

Help her be who she is and help her embrace her emotional side because that is the part of her, too—not only her reason and her mind. 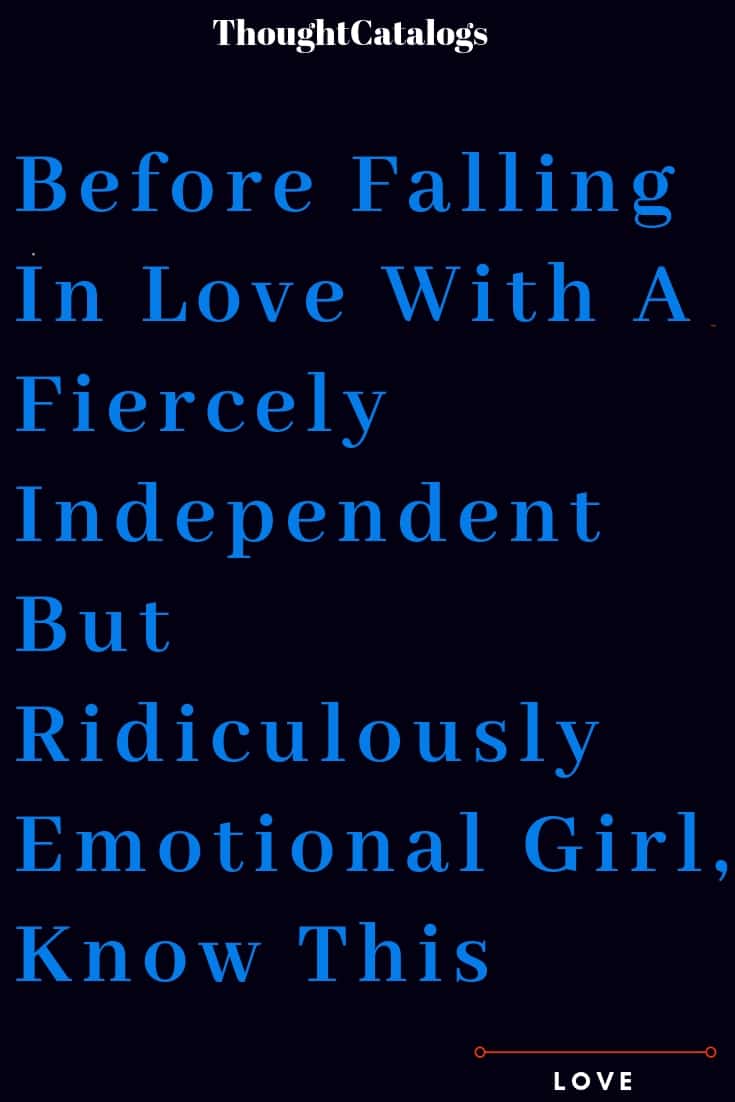 What If I Never Love Anyone Else The Way I Loved You?

Check Also
Close
Featured Posts
This 2022 Summed Up In One Word, According To Your Zodiac Sign
44 mins ago

These Career Advice That Will Save Your Ass In 2023, According To Your Zodiac Sign
58 mins ago