It’s Halloween. I guess you are feeling the spookiness all around. October 31st is something we are all excited about. But let’s not get off the track here. All these spooky energy is sure to mess up with our planets.

This season will be all for the Scorpios. It’s the darkest time of this year, and there was a Scorpio stellium. That means Mercury, Sun and Venus had occupied their positions and so, that’s more Scorpio energy infusing our lives.

The planets are shifting

Scorpio is passionate, but this time, there will be a major shift in the planets. This 31st of October, Mercury will be sliding into Sagittarius and Venus will retrograde into Libra. Sagittarius is frank, while Libra is filled with romance. If you connect the two, you can see that you might have new relationships and you won’t hesitate to speak whatever comes to your mind. That’s the honesty necessary in all relationships! So be ready for a mood change you didn’t expect.

Let’s confront what we missed

Venus has previously been in Libra this August and early September. But right now, it will go in retrograde, that is, going back. So if you had any relationship popping up during that period, there are chances you’ll be revisiting that drama again. I hope you get through it without a problem.  Sagittarius will help you there. Mercury had been in the submissive Virgo and maybe that’s why you avoided issues. Now, it’s moving towards Sagittarius – the outspoken. It’s philosophical and honest so, there’s no going around this time – you will be able to face the issues head on.

Putting all the cards on the table

When Mercury was in Scorpio, you had spent a lot of time analysing people’s actions and finding out what their ulterior motives were. It’s time for you to bring it all out into the open. Sagittarius will help you in this department and you won’t have much discomfort in bringing out the truth, however harsh and uncomfortable they may be. No use in hiding something for long, right? But don’t think it will be some negative exposure or end up in a scandal. It can be a positive thing and may even lead to a major personal growth you weren’t expecting.

So, it’s established that you’ll be courageous and will be a frank person for the time this planetary shifting last. It’s okay to have opinions and it’s amazing that you want to share it with others. But don’t try to go overboard with it. When Mercury is in Sagittarius, there’s a chance that you’ll try to force your views on everyone. Now, that’s not the right thing to do, is it? Forcing opinions does not help you grow – it just shuts you down. Be open and help the flow of conversations. Thankfully, the planets don’t disappoint. Venus in Libra will help you be a bit open to flirtations and conversations, and you might even go out and pursue a new relationship. The combination will boost your confidence and infuse you with charm.

Keep yourself updated on the dates though

So, this Halloween even the planets are trying to bring the best in you.  There’s a bright future ahead. It’s a special day – this Halloween. The events that happen this time will also decide on what will happen in the next few days. So, be aware and do the right thing – and it’s going to be amazing. 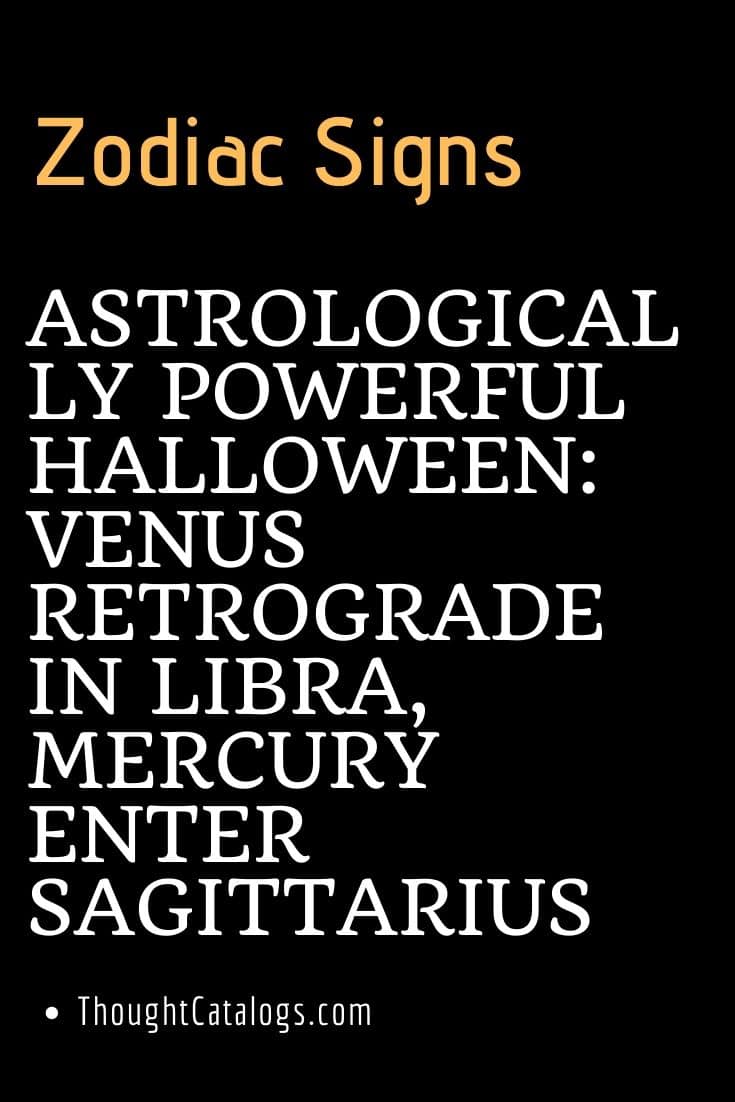 There’s Some Major Planetary Movement This Halloween, And This Is How It’ll Affect The Zodiac Signs

6 Zodiac Pairs That Have A Deeper Connection Than Anyone Else