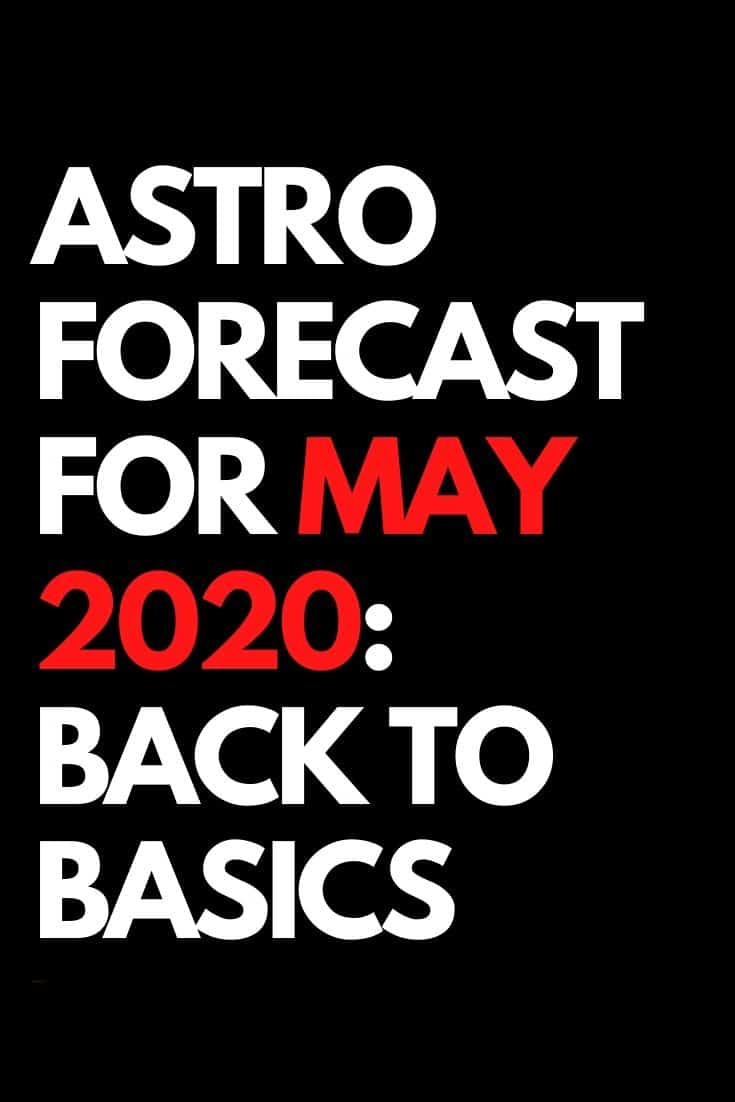 The forecast for May will be kickstarted by Uranus- the planet that is almost single-handedly responsible for every sort of a cosmic change in the universe.

Uranus sends in lightning bolts, moments of reckoning, plot twists, alternate viewpoints, and conflicting perspectives in any field, at any time, in any place, without so much as a ‘How do you do?’

Although the month would prove to be extremely unexpected and unpredictable for most of us, there is a pattern if you see clearly- a breakthrough of sorts, transcendence to a higher power for guidance and counseling, getting back to our roots, and finally transforming. This will happen throughout the month, so be ready.

This month, Uranus will slowly settle down in crackling Taurus. You would definitely find hints of how your physical persona is getting changed by all the turnovers and movements taking place in the cosmic universe.

This month, there would be company as you will feel your own day to day interaction seem like electric lines, buzzing with energy. This will show you what you would be for the next 7 years.

First, we would have the Taurus New Moon, on 4 May, which would desire a steady, committed relationship as Venus would be approaching a square to Saturn. We would also find a sense of compassion and kindness around us especially after the tough times we have had. This would be the result of a sextile with Neptune.

From May 6 to 21, Mercury will be trudging through Taurus. So, every communication will be practical, meaningful and sensuous. Same would go for Venus when relationships, values, and emotions would be practical as Venus would be in Taurus from May 15.

We will be experiencing countless brainstorms, epiphanies, and more than a few meltdowns from May 8-9, for Mercury, will be in conjunction with Uranus.

Now, as both of them rule the mind in some way or the other, it is inevitable that you would find yourself with flashes of genius, followed by moments when your brain desires some form of activity.

This meeting would be felt from the beginning of May, and would also remind us of the shift that took place when Uranus moved from Aries to Taurus in the middle of May 2020.

Some of the events that will take place on May 8-9 can actually be related to what happened in August 2020 when stabilizing Saturn trined Uranus at a similar degree. This did put a hold on any project that was up and coming.

There would be an upheaval of sorts as new relationships, new businesses, new opportunities will come knocking at your door. This is because of 2020  when May was liberating chaos.

The frustration and anger felt at that time would usher in the new period. This is also because Venus would be super-conjuncting Uranus on May 18-21. This would be at the same degree we would be receiving our geniuses from, ten days earlier.

Since Mercury would be trining both Saturn and Pluto, minds and communication would be rife. We would be patient, intense, focused, excited, confident at different stages, finally landing on intense again. Even in our dealing with relationship and emotions, there could be a possible purge of it, due to the Scorpio Full Moon, an emotionally taxing event on its own.

Attention would be lacking almost immediately on May 21 as Sun and Mercury would merge in Gemini. There would a flurry of action, a bigger mouth to speak, and social media would blow up.

Mars Sextiles Uranus on 22nd May. Now, the period post that is going to be a welcome relief for all of us. The many diversions are necessary, for our concentration and focus would be on an all-time dangerous high. So, we would need to laugh, to play, to bring down all the seriousness, and to simply enjoy life for once.

While there seems to be a lot of activity on the surface, underneath it all would be the retrogrades of Pluto and Saturn on the Southern Nodes in Capricorn.

They would be the doorway through which the past remains the past. The two planets would be constantly in motion, trying to remodel, refurbish, and recycle our relationships, life, foundations, institutions, and infrastructure.

Let’s just make it simple. All this while, throughout the entirety of 2020  has been one giant roller coaster. The approaching period will be stable, whether you want it or not, or would move in with it or not.

This Is What Causes Your Anxiety, Based On Your Zodiac Sign

March 2021 New Moon: Your Zodiac Sign Love Mantra Is Here And It’s All About Loving Yourself