Anxiety prevents her from getting what she wants and needs. Anxiety is always there in the key moments of her life. When she has to decide something, when she has to fight for herself, anxiety kicks in and ruins everything.

No matter how small the thing is, anxiety stops her. She can’t say what she wants. She’s afraid. It’s like anxiety occupies her mind and locks it.

Her thoughts wander in never ending circles trying to find a small crack to escape. They want out, but anxiety sealed every hole, making sure she stays quiet.

Anxiety prevents her from opening her mouth and just says or asks what she needs. And she is helpless. She can’t do anything about it. It’s like anxiety hypnotizes her—she’s under its command.

No matter how hard she wants something, she won’t ask for it because she doesn’t want to bother other people. That’s her biggest problem. She always puts others before herself. She always thinks how others would feel if she did or said something ‘wrong’.

She never thinks of herself. She never puts herself first. She never gets what she deserves.

She is fighting so hard to avoid awkward situations which may embarrass her. Embarrassment scares her to death. She never knew how to handle those situations and she doesn’t want to find out. She just tries to avoid them.

When she needs a favor, her heart will break free from her chest out of fear. She thinks that someone will turn her down, yell at her, make her feel like nothing. Anxiety does this to her.

So, she keeps quiet. She doesn’t ask for anything. She takes the easy way. The only way.

Her anxiety is dictating her whole life. Her world literally stops every time she needs to take action. She wants to but she can’t. She sees all these opportunities slipping through her fingers.

She needs a man who will never cancel on her. She needs someone who will treat her the way she needs to be treated. He needs to help her. He needs to show her how to take care of and respect herself.

She would never tell anyone they treated her poorly. She would keep quiet. She wouldn’t cause any problems. She would leave things as they are. She would feel the result on her own skin. She would suffer. She would be treated badly.

Every time she gets a ‘no’, her mouth is saying ‘okay’, but her eyes are screaming the opposite. That’s why she settles for less. She accepts living this mediocre life even though she could do so much more.

No one has ever seen what she is capable of doing. No one ever gave her the chance to show it. Maybe not a chance but a push—encouragement to try. Maybe that is all she needs. A little push. Just a few words of encouragement: “it’s going to be fine.”

No one ever gave her that. No one cares.

Don’t think she wants to live this life. She would be the happiest person alive if she could just shake this anxiety off and finally get what she deserves.

She wants to fight for herself and she wants other people to see her for who she really is—not for what anxiety turned her into. 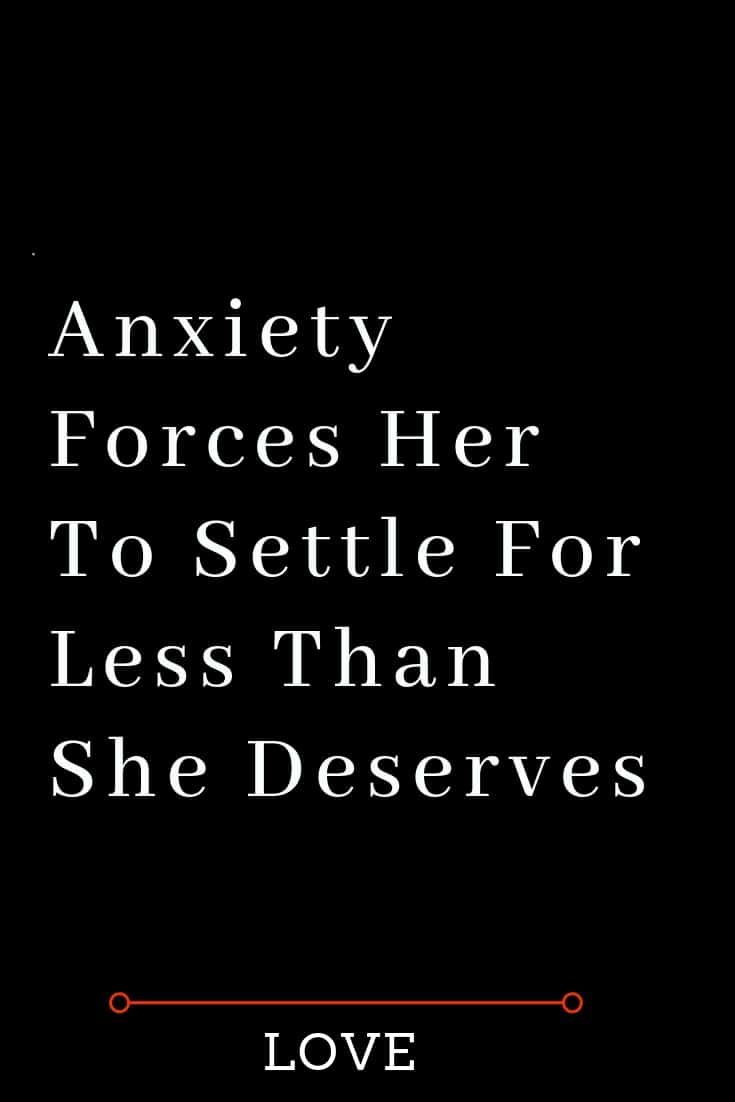 This Is How She Felt When You Stopped Loving Her

2022 Horoscope : Zodiacs Ranked From Who Gets Right Into The Christmas Spirit To Who Is A Total Grinch, Based On Zodiac
2 hours ago

The 5 Zodiac Signs Will See Their Love Life Shift In 2023, Based On Zodiac Sign
3 hours ago