9 People Reveal The Craziest Reasons They Have Ever Been Dumped

Relationships don’t always turn out the way that we want them to. It can often leave people feeling devastated and heartbroken as the result of having a love turned sour. A lot of the time, couples break up for perfectly reasonable and legitimate causes. Perhaps they’re just incompatible with one another. Maybe the relationship just started becoming too toxic. Maybe two people might just even fall out of love with each other.

But what about those few breakups that come about as a result of some pretty absurd reasoning?

There are a lot of crazy reasons that someone would initiate a breakup in the relationship. These are the types of reasons that don’t really make that much sense to anyone other than the person who is doing the dumping. Whenever you have a partner break up with you for such a crazy and insane reason, you might not know how to react to it. You will be torn between laughing at the absurdity and crying about the breakup.

Highlighted in this article are going to be 1- real stories from real people on the craziest reasons that a person has used to break up with them.

1. Immortality or immorality. What’s the difference?

I once had a girl break up with me because, in her words, she thought me to be too immortal. I was taken aback by what she said that I couldn’t find the words to try to clarify what she meant by it. And as a result, we ended it on those terms. I really think she meant to say that I was immoral. – Mike, 35

She couldn’t handle my love for my cat. I have a pet cat that I love so much. I’ve had this cat for the longest time – even before my girlfriend came along. And I guess my girlfriend just couldn’t handle knowing that she didn’t come first in my life. She claims to have broken up with me because she was tired of coming second to my cat. – Paul, 29

3. He never wanted to be the small spoon.

Every time we cuddled I always preferred being the big spoon. I always wanted to be the one who was doing the hugging when we cuddled after sex. And I guess he thought that it was a threat to his manhood because he used it as a reason to break up with me. – Maggie, 25

4. He turned his dreams into reality.

This might sound like a totally unreasonable and unbelievable story but I swear that it really happened. I was once dating this guy who had a dream that I had done something wrong to him. And he was so hurt by what I did to him in his dream that he decided to break up with me in real life. – Charmaine, 26

5. I didn’t even know we were together.

There was this one time where I was openly dating. I really wanted to put myself out there and see what the dating pool had to offer. And there was this one guy in particular who I didn’t want to have a second date with because I just wasn’t interested. Lo and behold, one year later, he messages me on Facebook to tell me that he was breaking up with me because I never made an effort to reach out to him. I didn’t even know we were together! – Kristine, 29

6. He thought he was dating his mother.

I once had a boyfriend break up with me because he said that I reminded him of his mother. He claimed that no matter how hard he tried, it was hard for him to not be reminded of his mom whenever we were hanging out. I guess the sex must have been really awkward for him. – Marie, 24

7. He thought my love for commercials wasted his time.

I literally had a guy break up with me just because I didn’t like to skip over ads and commercials while we were watching pre-recorded television. I guess he thought that I was just wasting his time. – Annie, 32

I have completely sworn off music lovers because of this girl that I used to date. Everything was going fine in our relationship and I was so happy with her. But then, she tells me out of the blue that her favorite band was coming to town for a concert. And she desperately wanted to try to get intimate with one of the band members. That’s why she decided to break up with me then and there. I was stunned, to say the least. – James, 29

I got into a relationship with a fitness nut once and it was great. It forced me to be more active as well. But then he decides to break up with me one day. Why? He said it was because I couldn’t keep up with him on his runs and that I was holding him back.  – Tracy, 22 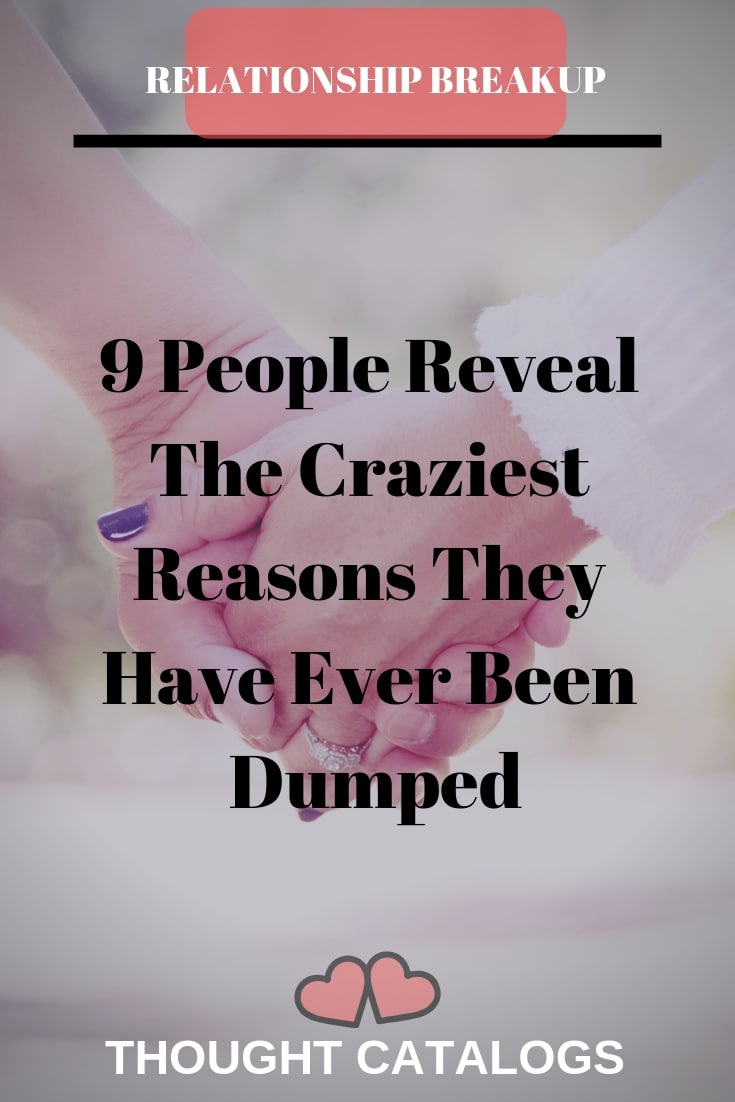 On Tuesday, you will engage in conversations related to plans and ideas for improvement, renovation and other family-related activities. You will be very persistent in your...

If you do not have selection in life, the Gemini moon can bring something for you. It may bring a little dullness and also...

These 4 Astrology Signs Are The Best F**k Buddies

These 4 signs are perfect as friends but also for a little bit action on the side. Are you one of them?   GEMINI They are twins and...

What Each Zodiac Sign Prioritizes Above Their Relationship In February 2022

Aries Themselves. Since they need to deal with themselves before they care for any individual else. Taurus Their moms and dads. Since they intend to make them...
𝐓𝐡𝐞 𝐭𝐡𝐨𝐮𝐠𝐡𝐭 𝐜𝐚𝐭𝐚𝐥𝐨𝐠𝐬 is an Educational & Entertainment Platform theme. Our Team Publishes 100+ Content On Weekend/Monthly. We will motivate the needs of any person & make them inspire instantly You, Will, admit Once You Begin Your Journey With Us. The Thought Catalogs platform is a perfect choice.
© Copyright © 2022 - All Rights Reserved | TheThoughtCatalogs.