But you never really take these feelings seriously. You know that you would never be interested in cheating on your man. It’s perfectly normal for you to develop a crush on someone. It’s a normal aspect of living. You see something that you might admire because of certain traits or qualities that you might have. You get crushes on other guys and your man has crushes on other girls too. It happens. You shouldn’t have to feel threatened by it most especially if you are certain that there is nothing going on between your man and a third party.

Do you have a right to get mad at him just for having a crush on someone else? Definitely not. In fact, you can turn this supposed threat into an opportunity for you to learn more about what your man really admires in women. Think about it for a second. He might be attracted to a specific trait or characteristic in a friend of yours – perhaps they might be more adventurous, more daring, more caring, whatever. You can take these as potential traits that you can acquire for yourself as well.

However, on the other hand, if you start to notice that the crush is starting to develop into something more than that, then maybe you can put your foot down and put a stop to things before they escalate.  And if you find yourself powerless in your efforts to stop them, then maybe that’s a sign that you should just let your man go and move on.

1. He turns into a super boyfriend whenever your friend is around.

2. He encourages you to invite your friend whenever you go out.

Whenever the two of you go out for date night, he somehow manages to ask you to invite your friend as well. It’s as if he’s not interested in having some private and intimate time with you. He always wants your friend to be present as well.

You should also check  The Rock will tell exactly how Precious a Father-Daughter Relationship is!

3. He goes over her social media profiles a lot.

He is constantly stalking her social media profiles. It’s different when he just wants to get to know her to get a better idea of what your friends are like. But it might be that he’s just genuinely interested in knowing more about her because he has a crush.

4. He acts like her new best friend all of a sudden.

There’s a difference between being just plain friendly and being flirtatious. And you have to be the judge of whether he’s just trying to befriend your best friend or if he’s actually trying to put a move on her. You’re going to have to read the situation properly.

5. He is always smiling whenever she’s around.

You get the sense that your friend just has the power to instantly brighten your boyfriend’s mood whenever she’s around. It’s almost as if she brings him much more happiness than you do. And that’s not necessarily a good thing in a relationship.

6. He talks on the phone with her.

If your boyfriend and your friend talk over the phone, it should only ever be about you or other casual topics. But if you notice that they’re talking on the phone more frequently, then that is definitely not normal behavior to exhibit in a committed relationship.

7. He gets really touchy after she’s gone.

8. He always badmouths the guys she dates.

You can really tell that your boyfriend has a crush on your friend if he happens to badmouth every single guy that she dates. First of all, he shouldn’t really be paying much attention to her dating life anyway. He shouldn’t be investing himself so much in her love life. 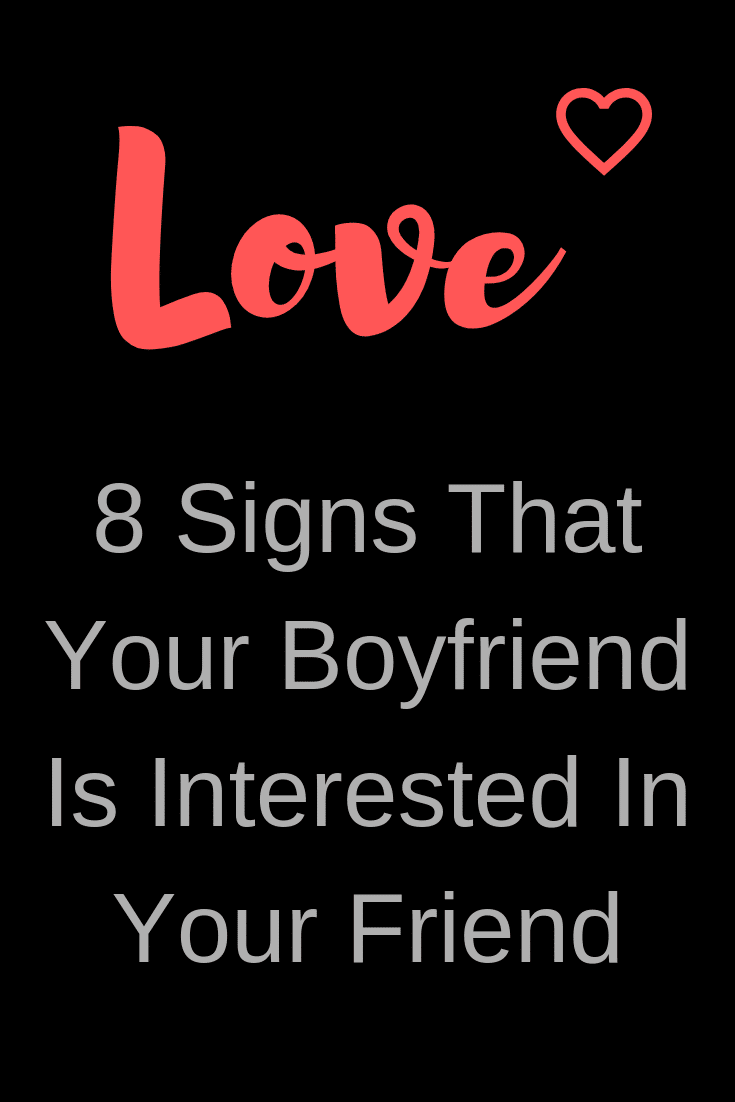 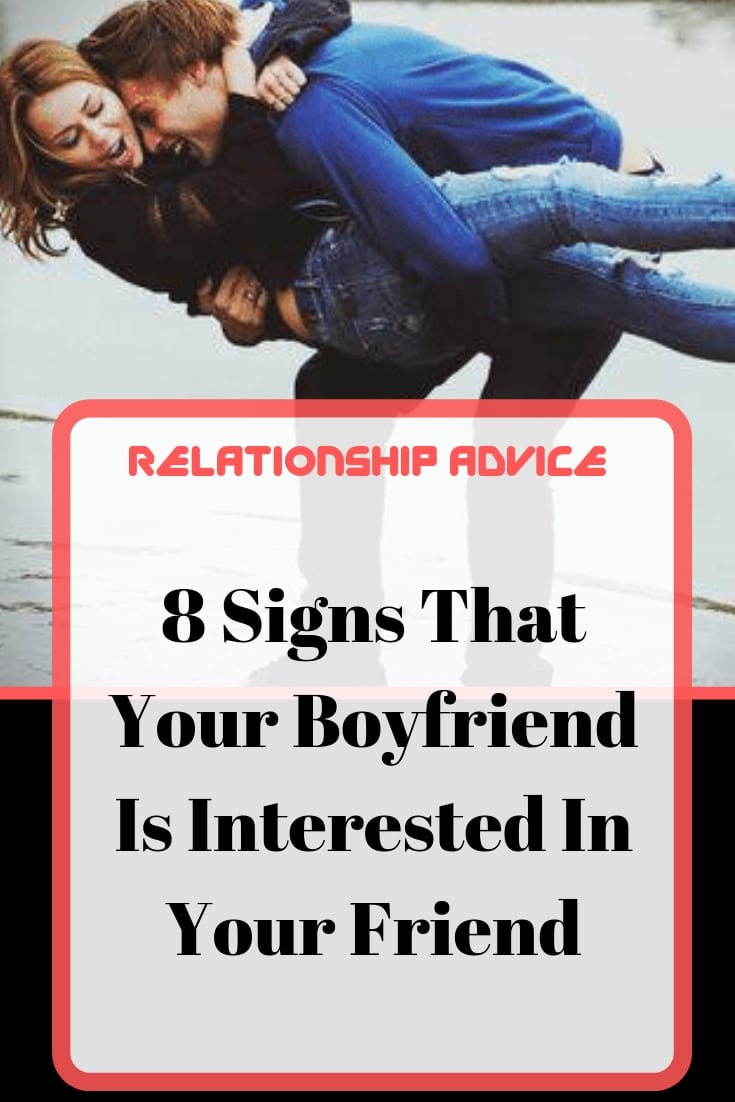 6 Signs Your Life partner is cheating on you