It’s hard to give a clinical or scientific definition to what it exactly means to cheat on a partner in a relationship. The real fact of the matter is that there are so many levels of cheating because different people carry different philosophies on the matter. And also, cheaters are going to exist. They have existed since the dawn of relationships and they’re going to continue to exist. That’s just the way of the world. There are even studies that indicate that human beings are just naturally inclined to be unfaithful because of biology.

Regardless of whether you define infidelity in your relationship to cover kissing, sexual intercourse, dates, or whatnot, an act of cheating is a form of betrayal. And betrayal can break the trust between two people in a relationship.

Given that there is so much adultery in contemporary society, you might as well make sure that you know as much as you can about the phenomenon. You need to familiarize yourself with the science behind it – and yes, there is really a science to it even though you might see it as a purely emotional act.

Here are 8 scientific findings on cheating and infidelity in relationships:

1. Cheaters are likely to be music lovers – especially when it comes to rock and roll.

2. Cheaters are often content and happy in their relationships.

3. Men will often see cheating as a way to “fix” their relationships.

Strangely enough, a lot of men who get into third-party affairs often cheat on their partners because they think that this is a way to fix the relationships that they are in. While it may seem illogical, a lot of men really do believe this. They think that by putting the relationship through such a major challenge like this, they would be able to reinvigorate the stale conditions within the romance.

4. Most cheaters want to get caught.

Strangely enough, in a recent study that was made, cheaters have actually confirmed that they wanted to get caught while they were cheating on their partners. In some weird way, the thrill of not getting caught was a lot more exciting than the actual affair itself.

Contrary to popular belief, whenever someone cheats, it’s more likely that that person would cheat with someone they already know rather than a complete stranger. You would think that in order to minimize the risks of getting caught, a cheater would get with someone they don’t really know. But statistics have shown that the exact opposite is true. Cheaters more naturally gravitate towards those who they already know.

6. Women are more likely to cheat during ovulation.

Studies have shown that a lot of women tend to get into third-party affairs whenever they are in ovulation mode. And even though there aren’t really any definitive findings as to why this might be the case, most scientists suspect that it must be due to the overflow of hormones during this phase of a woman’s menstrual cycle. The hormones could induce emotional instability and could lead to a woman making irrational decisions in the relationship.

7. Cheaters have improved sex lives in their relationships.

A lot of people tend to think that when cheaters get into third-party affairs, the actual relationships that they are in end up suffering and becoming stale. But that isn’t usually the case. In fact, a lot of the time, whenever someone cheats, they have improved sex lives in their actual relationships. This is because the affair allows them to have a renewed sexual drive.

8. Women are emotional cheaters while men are physical ones.

Contrary to popular belief, women are just as notorious when it comes to cheating as men are. In fact, when women engage in third-party affairs, it’s usually much more serious than when men do it. This is because women typically cheat to seek some kind of emotional fulfillment that they’re not getting in their own relationships. And men usually cheat to fulfill physical or sexual needs. 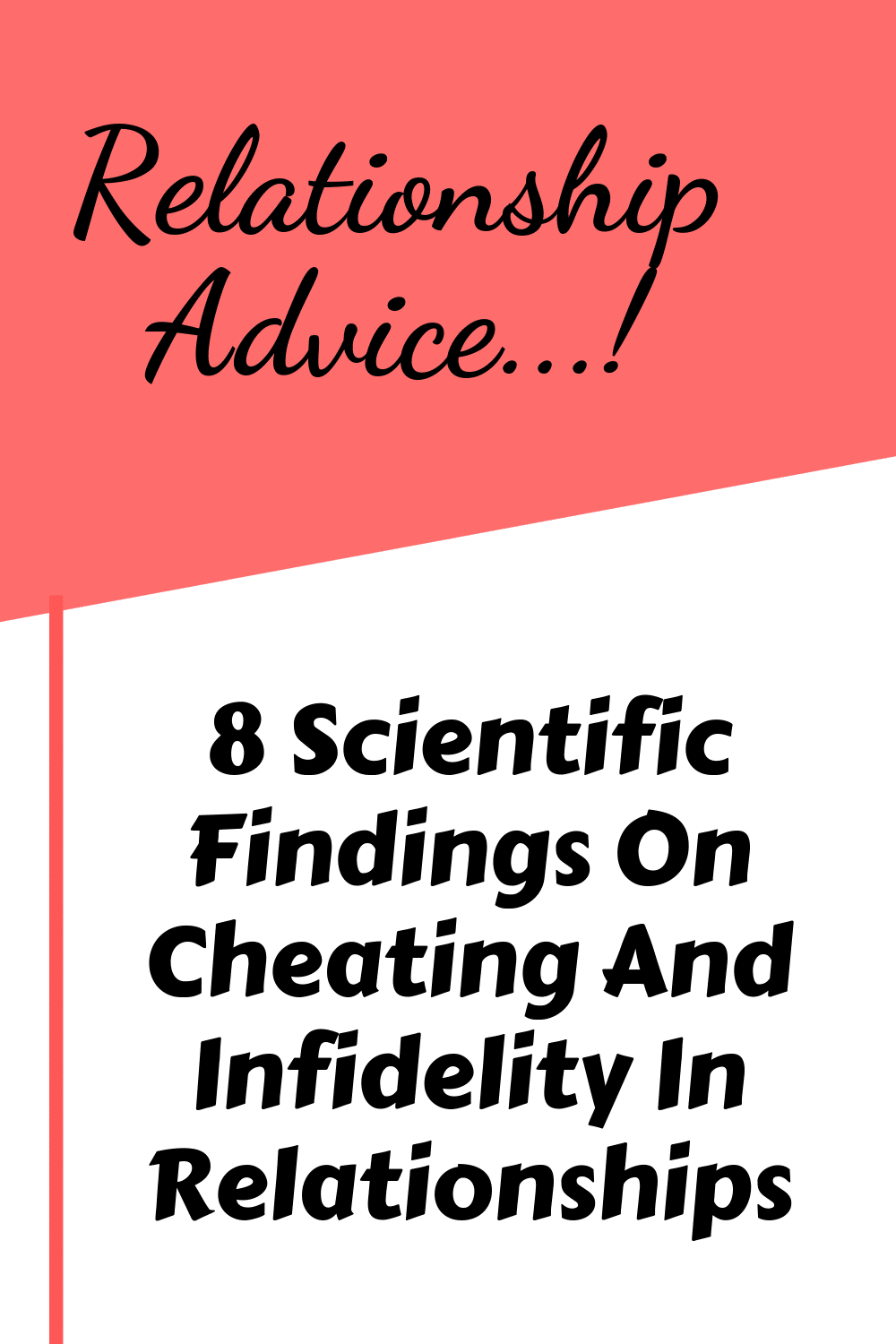