Traumatic relationships can be based on psychological, verbal, physical or sexual trauma or they can be a combination of all of the above-mentioned.

If you’re coming out of such a relationship, you’re probably experiencing post-traumatic relationship syndrome, where you feel like no one understands you and you feel vulnerable, hurt and unable to trust anyone.

Your body and mind are in pain and you lose hope in better days and healing.

You feel afraid of making another commitment because you’re convinced that someone will hurt you again.

Or you feel utterly helpless and you don’t see the point in trying to do anything about it or seeking help from others.

While it’s totally understandable that victims of a traumatic relationship feel that way, certain attitudes can prolong your pain and make you even more vulnerable.

The following 7 attitudes can keep you stuck in a traumatic relationship aka limbo and that is why it is of crucial importance to start working on them in time!

This one reflects the syndrome called ‘learned helplessness’.

When you don’t see the point in trying and dealing with the current situation, it means you’re being overly pessimistic, you don’t believe that things will change and you give up because you have no motivation to keep pushing forward in life.

This attitude can become ingrained (especially if you’ve experienced a few traumas in a row) but it’s really important that you fight it with all of your strength.

It’s important to find a silver lining and understand the need to push forward in life instead of giving up immediately.

When we’re trying to find an excuse for not doing something, we reflexively refer to other people who haven’t succeeded in overcoming something and not those who did.

When they get a bad grade, they instantly point to others who got a bad grade too, just to prove that it should be so and the majority didn’t succeed in getting a good grade.

Whenever this sentence ‘No one ever made it, so why should I try?’ comes to your mind, just convert it into a statement: “If I never try, I’ll never make it!”

And you yourself know the truth that there are people who made it and they made it by being determined, optimistic and by believing that their efforts will bear fruit.

This is one of the most frequent questions when we’re dealing with post-traumatic experiences.

We ask ourselves, “Why me?” when things don’t go as we would like them to.

But the truth is that nothing goes in life as we want it to and the sooner we accept it, the better.

Instead of cursing your destiny, understand that there is another person (or thousands of them) in the world asking themselves that same question.

We can’t influence what will happen to us but we can influence its consequences.

Remember that acceptance of our reality is the first step to healing!

4. “I will just forget that anything happened and make the best of it!”

Another dangerous attitude is neglecting of past events and deciding to continue living as if nothing happened.

Denial can cause ten times more serious consequences and that is why we should never try to suppress our emotions or something we’ve gone through.

As already said, the first step to healing is accepting what happened and understanding it instead of forgetting everything and moving on like nothing happened.

This is the worst thing you could do for yourself and dwelling too long on that attitude will most certainly backfire with tremendous consequences.

Sometimes we’re afraid to be vulnerable and we think that if we don’t show any sign of being hurt, we will win the battle.

But this is not true at all. This kind of attitude will just prolong the pain and trauma consequences instead of making you feel better.

Remember that forcing yourself to feel certain emotions is not the same thing as truly feeling it within you.

Pretending that you’re tough and strong will only result in wasting your time and avoiding the inevitable, which is dealing with your emotions instead of neglecting them.

6. “I will never open myself up to anyone again.”

It’s normal to feel scared of opening yourself up to someone new after a traumatic relationship but constantly repeating to yourself that you will never open yourself up to anyone again is not really healthy and it will bring you more harm than good.

You need to understand that if something happened to you once, twice or three times, it doesn’t mean that it will happen the fourth time as well.

Not every relationship is doomed to be labeled as a traumatic one and not every person is a potential emotional abuser.

In order to heal from a traumatic relationship, one of the steps is also being open to new relationships because if you fear something, it means your wounds still need time to heal.

But this doesn’t mean that you should force yourself to enter a new relationship only to prove to others that you’re over your past one.

Feeling guilt is also one of the most poisonous attitudes after a traumatic relationship.

You start thinking about too many possible outcomes and your actions and by doing that, you refuse to cope with the current situation you’re in.

Everything happens for a reason and this doesn’t mean that you deserved it.

Bad things happen to us to make us stronger, not weaker, and it’s up to you to either choose to keep running in circles or choose to be a winner! 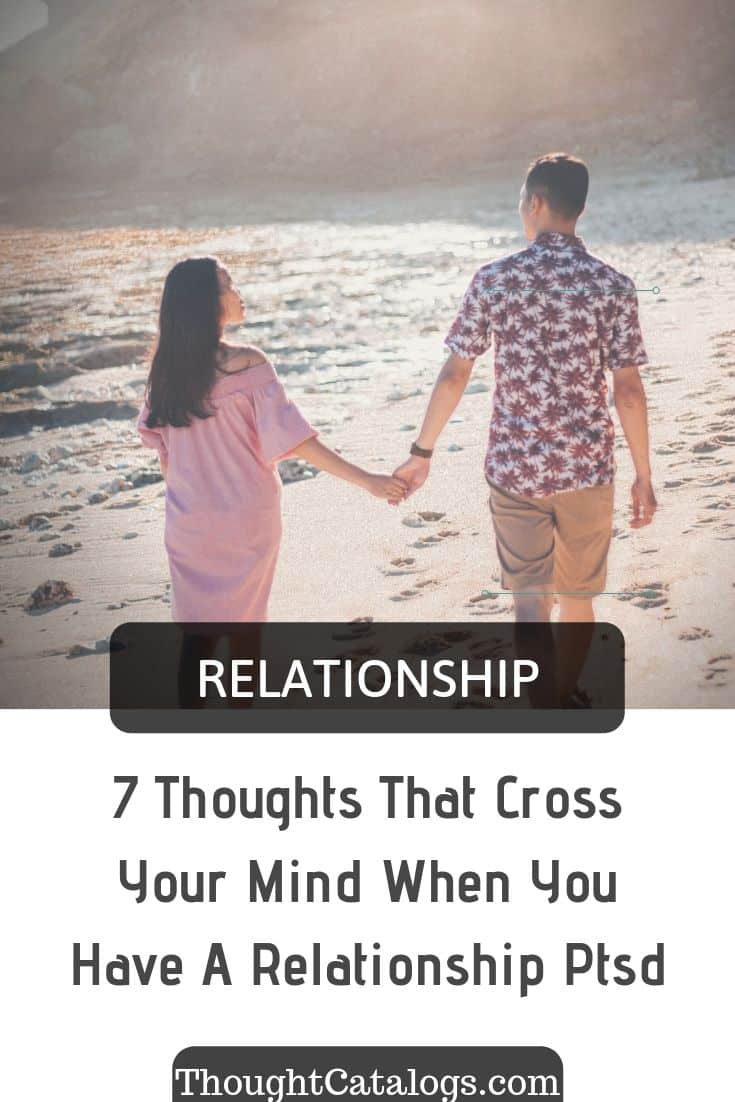 5 Powerful Tips For A Woman With Trust Issues