7 signs they’re cheating on you

It’s difficult to accept, let alone process the bitter truth that your partner is cheating on you. Because you don’t expect them to hurt you in any imaginable way, it seems surreal when you find out about it. It’s even worse when you confront them and they deny it. You know deep down that they’re keeping something from you and the relationship is not what it used to be, but you keep shrugging off that feeling. You keep telling yourself that it’s probably nothing and your mind is playing games with you. Maybe so, but if that feeling persists, you should do something about it. There’s a good chance that your partner is cheating on you if you start noticing the following signs:

Even if it’s something as simple as asking them about their day, they get irritated and try to make you feel bad for your harmless inquiry. You may think that they’re in a mood, but can someone be irritable all the time? I don’t think so. If they’re unable to answer innocent questions, it’s a pretty clear sign that they are in fact hiding something from you. And it would be your biggest mistake to ignore it.

2. They dodge your calls when they’re out

Lately, they fail to find time to answer your calls or get back to you. The reason usually is work or friends or family. And if they don’t call you back, it’s because they conveniently forgot to do so. No one would fail to notice the change. The person, who was once comfortable talking to you around their friends and family, suddenly doesn’t feel the same way anymore. Maybe it’s time you get them to see you and talk about it.

3. They avoid seeing you

Well if anything, this definitely should be a wake up call. Yes, people get busy, too busy at times, but if they can find time for everyone else but you, it’s pretty obvious that something’s off about the situation. That friend who they’re supposedly always meeting, maybe it’s time you knew a little more about the friend.

4. They NEVER show/let you use their phone

It’s true that no one should have their privacy invaded. Having said that, if they’re absolutely paranoid about you even so much as looking at their phone, then they’re obviously hiding something. And what else would they hide from someone who knows them inside out, the other man/woman of course.

They’re doing their hair differently, switching wardrobes and working out just because they feel like doing it. Even though you’ve been after them for the longest time to join the gym, they do so long after you’ve given up trying. And it’s not even for you. They don’t even care if you notice the change or not. And you know them too well to be sure that they’re not doing it just for the sake of it. There’s definitely someone else in the picture, someone to take your place.

7. The scent on them is not their own alone

Have they been smelling different lately? You’d obviously know if they were trying a new scent, but that’s not the case. Additionally, you know that it’s something that the opposite gender would be wearing, and that it’s not yours. The last option left is the worst; they’ve been with someone else.

Maybe you fail to notice these signs in them even when they’re present. You feel bad for doubting their loyalty to you. Trust your instinct. If it is persistent on telling you that your partner might be cheating you then it may actually be true. Don’t be afraid of confronting them. Don’t be scared of hurting their feelings, they’re to blame and you’re the one who’s actually been wronged. You shouldn’t allow yourself to be treated like that. Just don’t ignore these signs, when you see them, and then do something about it. 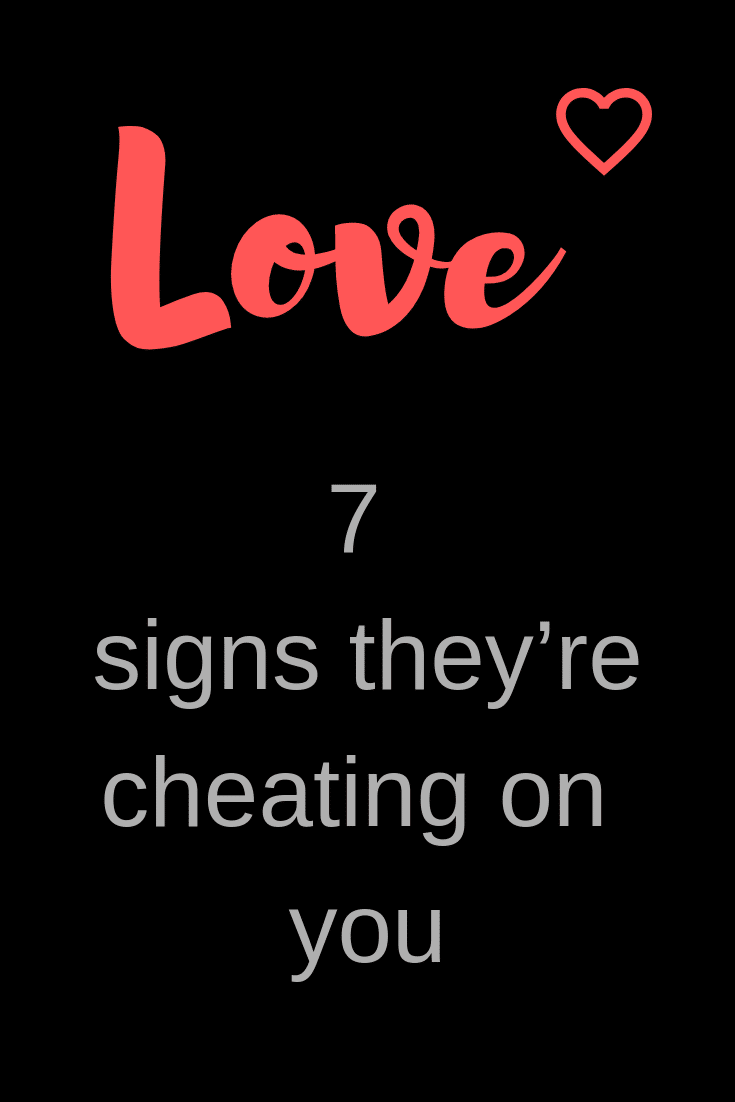 No one is perfect and being highly sensitive is a very common zodiac characteristic amongst the signs. Our experts have identified the 5 most...

ARIES HOROSCOPE Do not take other commitments for the day if you cannot even complete those you have already started. If you do not score...

The Words He’ll Say When He Really Trusts You, According To His Zodiac Sign in 2020

When you start falling for a guy, you start recognizing the little signs that make you realize that you don’t just have a crush...

ARIES You have actually been investing your time in an upside-down. On this particular day, you need to function more challenging to finish old jobs...

It is that time of the year once again. A month is finishing as well as one more one is starting. We humans being...
𝐓𝐡𝐞 𝐭𝐡𝐨𝐮𝐠𝐡𝐭 𝐜𝐚𝐭𝐚𝐥𝐨𝐠𝐬 is an Educational & Entertainment Platform theme. Our Team Publishes 100+ Content On Weekend/Monthly. We will motivate the needs of any person & make them inspire instantly You, Will, admit Once You Begin Your Journey With Us. The Thought Catalogs platform is a perfect choice.
© Copyright © 2022 - All Rights Reserved | TheThoughtCatalogs.