Face facts; he isn’t ready for a relationship.

If you happen to be in a relationship with someone who you feel like isn’t really ready, then you should seriously think about the status of your relationship. It’s going to be very difficult for you to sustain a relationship with your man if he isn’t ready for it. In the end, you will only end up feeling disappointed and hurt. You need to be able to get with people who are actually ready to take care of you and to love you. Otherwise, the relationship will never reach its full potential.

So what do you do when you’re not entirely sure if your man is ready to have a relationship with you? You have to be able to look at the signs and discern for yourself. There are some common red flags that indicate that a person isn’t really ready for a relationship yet. If your man happens to be exhibiting some of these red flags, then do yourself a favor and confront him about it. If you are able to find a compromise moving forward, then great. If he isn’t going to budge, then maybe you should reconsider the entire relationship as a whole.

2. He just went through a horrible breakup.

3. He just had a baby with someone else.

Kids are tricky business. While it’s typically a bad thing to date someone who already has a child, you really have to consider the timing of the situation. It’s always a bad idea to date someone who has JUST HAD A BABY with someone else. You don’t want the emotional turmoil and drama that comes with that whole ordeal.

4. He isn’t doing so well with his career.

Don’t date a man who doesn’t have his life together. If they aren’t ready to just fix their own personal lives, then they certainly aren’t ready to be in a relationship with you. If you happen to be dating a man who is just struggling with his career and his finances, maybe you should give him the space to fix himself first. Being in a relationship will only add more stress and distractions to his hectic life.

5. He still goes to his mom to make his decisions for him.

6. He has outrageous fits of jealousy.

A jealous man is not a joy to be with. Sure, it can be endearing to know that a person wants to take care of you and wants to shield you from harm. But it’s a separate issue entirely to have a man who is possessive, territorial, and just downright paranoid. If he’s too insecure about your relationship, then he’s the type of man who has to grow to become more secure about his manhood before he can date you.

7. You have hidden plenty of things about yourself from him. 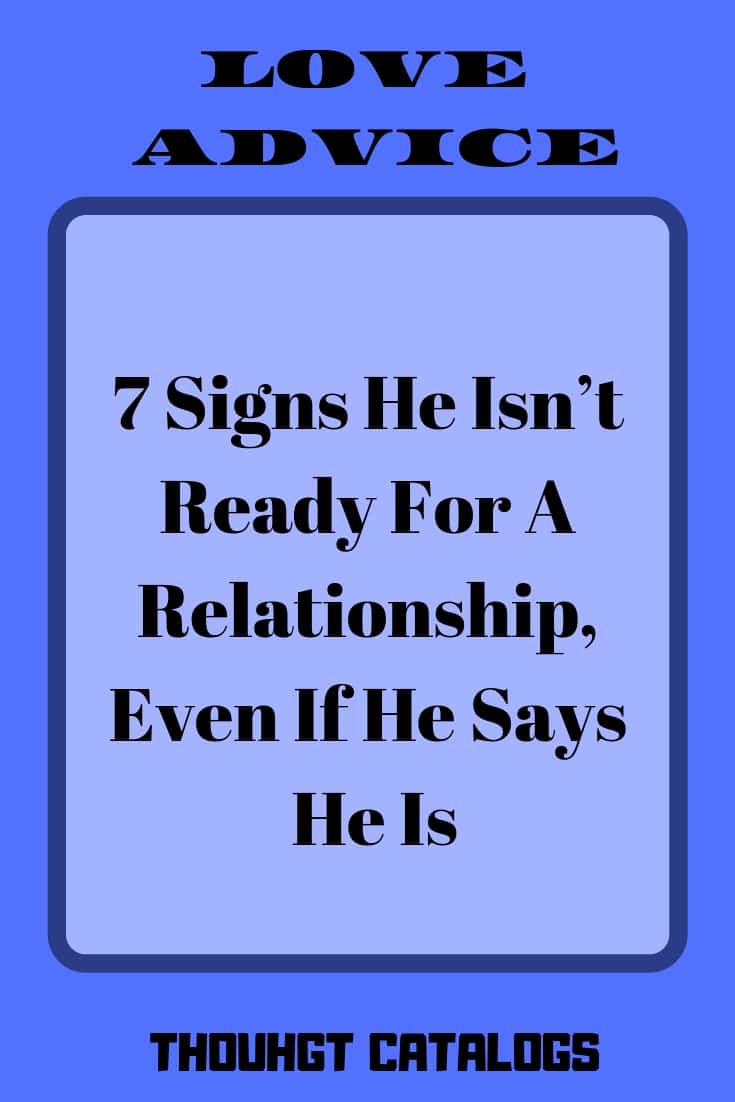 5 Signs You’re With A Sincere Man

Stay Single Until You Meet A Guy Like This