Why do men prefer to stay single?

It would be pretty normal that at a certain age, men feel the need to settle down and give up the single life. But in some cases, we have the syndrome of a ‘forever bachelor’ which seems to be more and more popular in the modern world.

It’s not that men can’t find their soulmate, their forever person. It’s just that they simply don’t want to. Life is so much easier when you can do whatever you want, whenever you want.

But let’s not forget—it has its upsides and its downsides too. What these forever single men won’t tell you is that there are moments in their lives when solitude becomes unbearable.

Most of them probably crave partnership deep down, but they patch up that craving with a quick fling to make it all better again.

But, the final question is actually, why do men want to stay single?

When you’re married, you don’t have the luxury to do whatever you want whenever you want it. You have to check with your wife, especially if you have kids. Kids are a huge responsibility, and you should be there for them whenever.

When you’re single, you’re free, and that’s what they crave the most. They can eat whatever they like and where they like. They can watch the game with their friends or go out in the middle of the night to grab a drink.

Simply put, you are the master of your own life. Some guys don’t want to lose that freedom. They want to be their own top priorities. On the one hand, that’s a good thing, but on the other, they are missing out on a lot.

2. They are afraid of commitment

Marriage is all about trust and commitment and that can be scary for someone who isn’t positive about what he wants. These men are not sure of what they want and because of that they don’t want to commit.

Sure, they are probably not aware what they are missing out on because marriage can be one beautiful thing. But rather than being focused on the positive things, these men are focused on the negative, so they choose to be single.

3. They think one person is not enough

There are men who simply think that spending your life with one person is not a natural thing. They don’t want to get married because they are already sure that the marriage will definitely end up in divorce.

So, they choose to be single rather than fighting, not having sex and spending a ton of money on a divorce.

4. They don’t want to lose the excitement

Most of the guys think that once they get married or enter a committed relationship, they are done with adventures and excitement. First of all, that so doesn’t have to be the truth, and second of all, that is really not a valid reason to stay single.

But, as they say, they don’t want to lose the excitement. They want to be able to get up in the morning, start their car and drive up to the mountains if they feel like it.

It’s great doing all of those things with your wife or your long term girlfriend, but it’s simply not the same. That is how they look at things.

Some men just don’t know how to handle the stress of a relationship. For them, it’s so hard to maintain a good and strong relationship without spending too much energy.

It’s more of an obligation than a pleasure for these men to be in a relationship, and that’s why they avoid it. The truth is, all relationships are hard, but the outcome and the love you get should make them easier.

6. They never really grew up

Some men just never actually grew up, and it’s only logical they are not capable of taking care of someone else. And if you get married, you have children; ergo, you have to take care of them and not yourself anymore.

Some men are just selfish in that way, and they want to remain the center of the attention because they like it that way.

7. They simply don’t believe in marriage

Maybe some of them had a bad experience when they were younger. Maybe their parents split and they saw problems in marriage as children which they weren’t supposed to see.

They didn’t have a good example of a healthy relationship growing up, and it’s only logical they reject it later on in their grown up life. 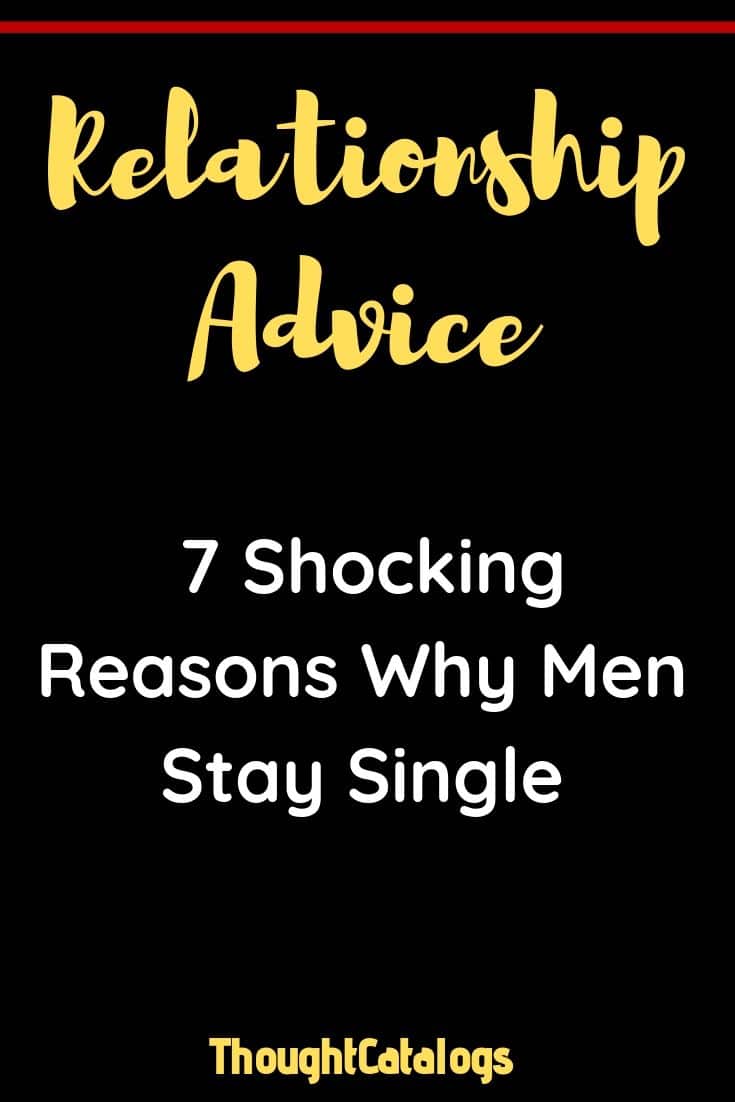 These 5 Zodiac Signs Attract The Most Emotional Energy Vampires

8 Things All Strong Women Deserve In A Relationship