Is he worth your time or not? Is he worth a second date, or, rather, not? Sometimes it is really hard to decide on your first date if your guy deserves to be treated as someone who is worthy of being (and perhaps staying) in your life.

It is especially hard if they seem nervous around you and you simply cannot decipher their personality or their true intentions. But if your guy does these 6 things, be sure that he has definitely deserved a second date with you.

He devises a real date where he makes an effort to make you feel special instead of inviting you to his place to ‘Netflix and Chill’. There are huge differences between a real date and these casual dates that are real red flags if you want something serious with that guy.

A real man will take you out to dinner or somewhere more romantic than his own house. He will make sure to create a romantic environment with positive vibes, where the two of you can get to know each other properly.

2. He makes an effort to look his best for you

He’s worth it if he makes an effort to look the best he can for you. This is a huge indicator telling you that he cares about your opinion of him. And that is why he wants to leave a good impression on you.

If a guy is not serious about you, he will never pay that much attention to his appearance because he’s only interested in himself and not in your perception of him. That is how you’ll know the difference between a guy who’s worth a second date and one who didn’t deserve even the first one.

3. He has those real gentleman manners

He treats you like a lady. He opens the door for you and he makes sure that you feel comfortable with him. You will know he’s worth it if he makes you feel appreciated and respected. These are the manners of a real gentleman and you should never think twice about going on a second date with him.

4. He listens to you

If a guy is listening to you, it means he’s interested in everything you have to say to him. And if he’s interested, he will make sure to do everything to make you feel special and to earn that second date with you.

You will know that he’s been carefully listening to you if he’s looking you in the eye and asking you questions instead of simply letting you do all the talking. That way he’s showing you that he can’t wait to learn more about you and he’s enjoying the conversation.

5. He respects the people in his past and present

When he mentions his friends and family, he only has nice words for them. You can see from the way he’s talking that he appreciates everyone in his life, regardless of their status or closeness.

He never talks about his exes unless you ask him about them. And if you do, he never tells you that they’ve been horrible, to make himself a victim. It is because he respects the people in his past and present as well.

Also, pay attention to how he treats the waiter or someone else who happens to be there. If he’s full of respect toward  everyone, you can be sure that he’s being genuine and he’s not faking his politeness only to get into your pants.

6. He is not pushy about anything

He has undeniably deserved a second date with you if he doesn’t force you to do anything that you don’t feel comfortable doing. He doesn’t take you to his home only for a one-night stand and he doesn’t force a kiss or similar.

He lets things go with the flow, he makes you feel relaxed and he respects your wishes. He doesn’t want to be pushy about anything because he is utterly interested in you as a person and not only physically. And that is why he doesn’t want to ruin his chances for a second, third or fourth date with you. 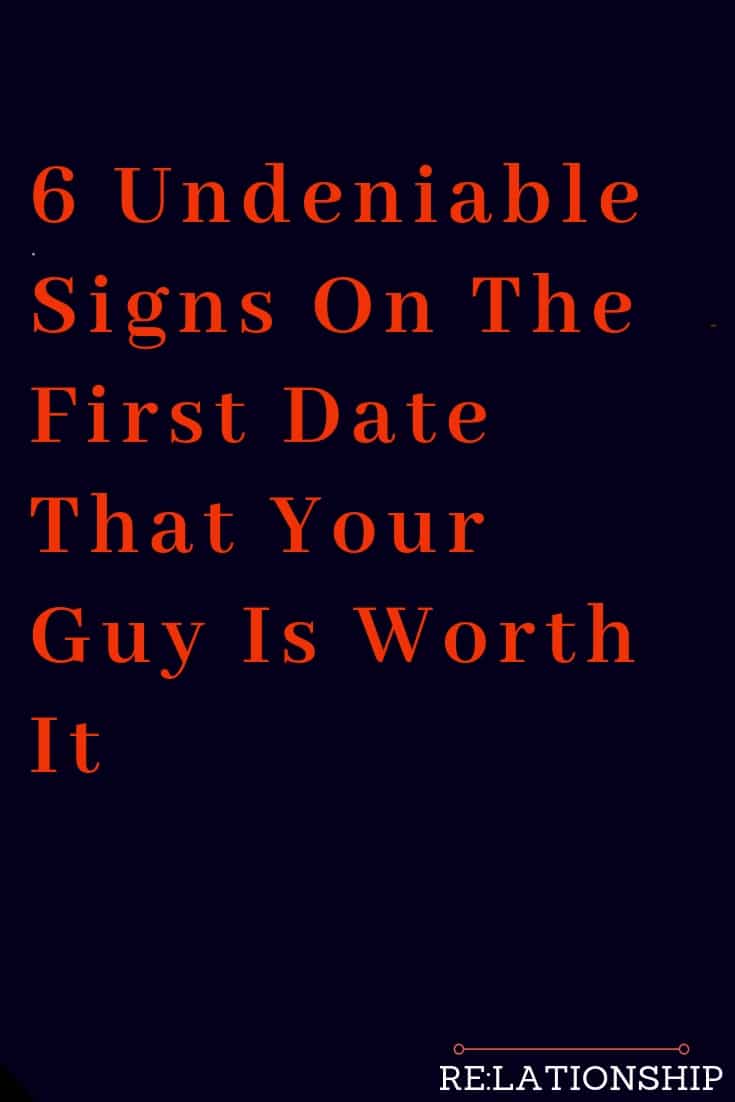 If He Can’t Be Consistent, He Is Not Worth Your Commitment

Check Also
Close
Featured Posts
This 2022 Summed Up In One Word, According To Your Zodiac Sign
5 hours ago

These Career Advice That Will Save Your Ass In 2023, According To Your Zodiac Sign
5 hours ago

2022 Horoscope : Zodiacs Ranked From Who Gets Right Into The Christmas Spirit To Who Is A Total Grinch, Based On Zodiac
6 hours ago

The 5 Zodiac Signs Will See Their Love Life Shift In 2023, Based On Zodiac Sign
7 hours ago

This 5 Horoscope Who Never Shut Up About Their Partner, Based On Zodiac Sign
7 hours ago