There are women that attract men without even trying—it comes naturally to them. Have you ever wondered why that is so? These women are strong and they radiate self-confidence which makes men go wild for them. Self-confidence is something special that subconsciously turns men on. There is nothing sexier than a beautiful and independent woman who radiates self-respect—the fact she values herself is what is making her beautiful. Here are some things that confident and strong women do differently than other women to attract men and most importantly, to keep them hooked:

1. They are not control-freaks

They will never try to control you because they know they are confident and that they can handle any situation given to them. They know they’ve got a lot to offer and that it’s up to you to choose whether you’re going to take it or leave it. These types of women will let you live your life the way you like it—they will let you be the person who you really are. If it happens that you part ways due to certain life philosophies, they won’t try to change you or control you. They will simply let you go for the sakes of both of you.

2. They know what they want (exclusivity)

These women won’t sleep with you right away—not even after, let’s say, three dates. These women will demand the two of you be exclusive in order to even think about having sex with you—once again, self-respect is what turns ‘The Right’ men on. Some men find that period of time too long, so they give up on those ladies, but when a right man comes along, he will be interested in the whole package—he will wait as long as it takes to unwrap it.

3. They expect to be treated with respect

If it was any other way, they would have turned around without looking back and they would have left. So, what’s their secret weapon? It’s their attitudes. If you have a strong and indestructible attitude, no one can tear you down. If you demand to be treated with respect not through words—but with your attitude—you’re going to get respect. Men won’t ever cancel dates and reschedule dinners with these women unless something really important is going on and they have no other choice.

This is similar to the self-respect point I’ve given earlier. With that strong and independent attitude, they are sending the vibes they don’t really NEED men. They can manage fine without them as well. If you’re going to attract good and quality men, this is a trait you must possess because these men get turned on by your independence and your ‘f**k it, I don’t need you’ attitude—it’s simply hot. Women who don’t need men really don’t have anything to worry about. They know that if things don’t work out for the best, they are going to be fine.

They don’t like to brag because they truly like themselves, and they don’t have the need to brag about their accomplishments. And guess what?—Men like down-to-earth, modest women who are successful but don’t shove it in your face. The irony behind that is that the less you try to sell yourself, the more confident you come across. And that attitude of yours is going to make men fall for you. 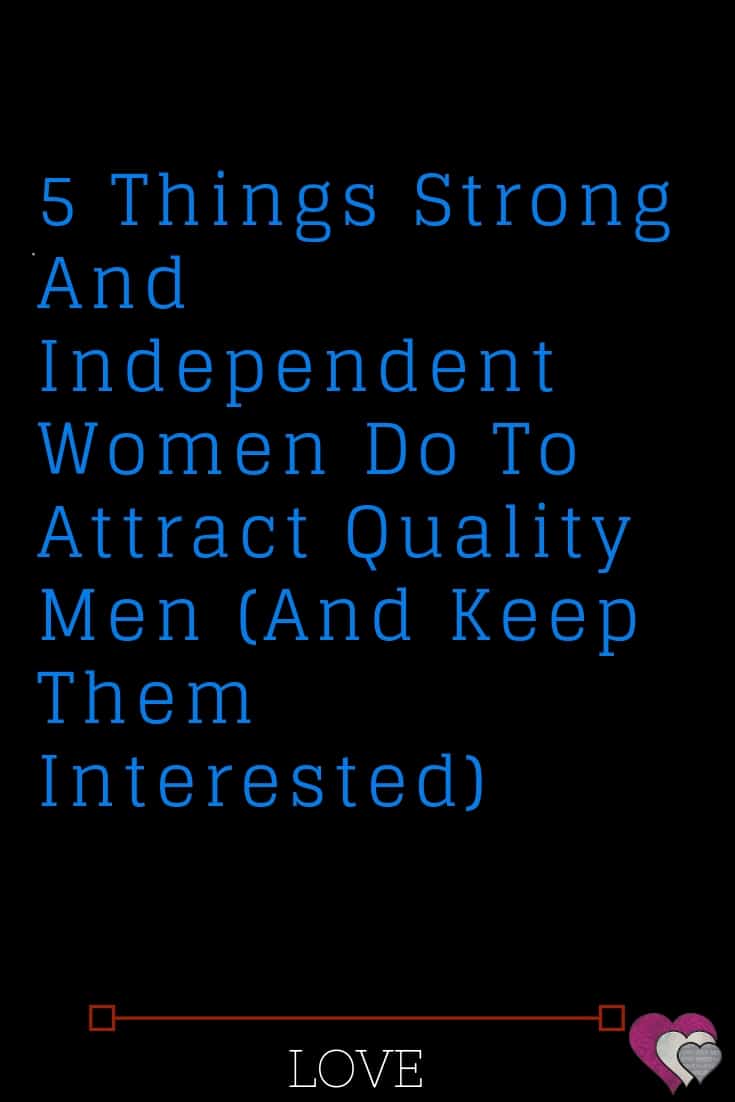 This Is How You Almost ‘killed’ Me (But I Survived)

What Would You Do Instead Of Being Afraid?