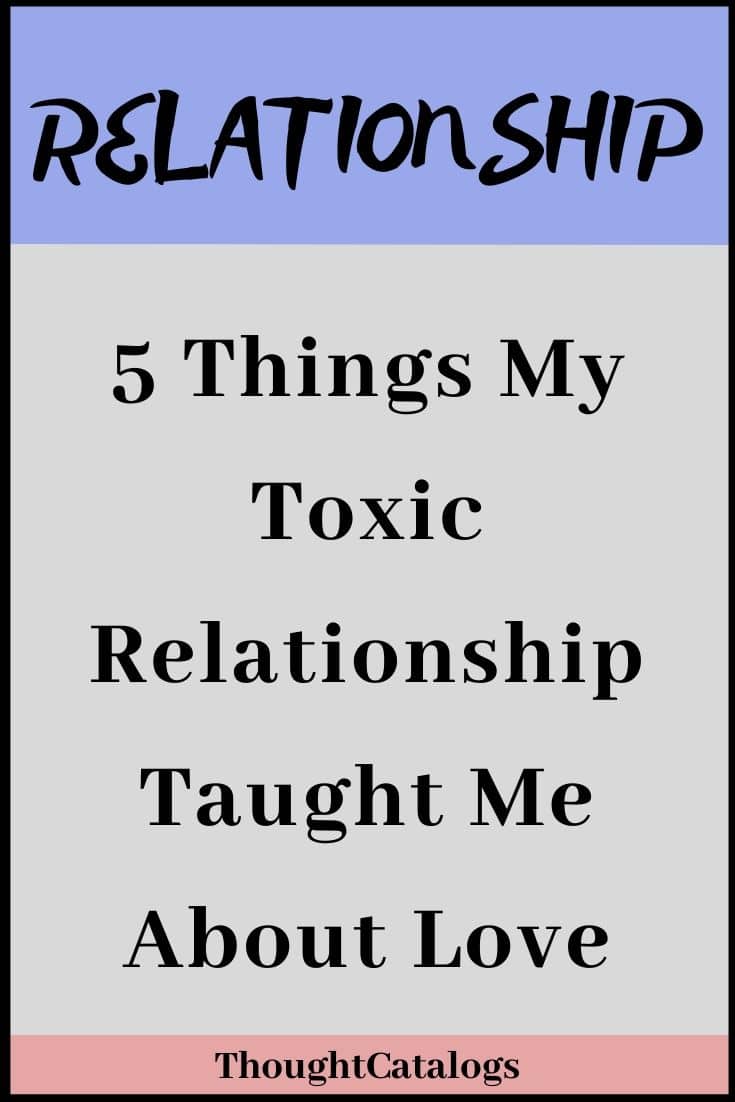 When I was young, I met a man. I fell madly in love with him. I saw no one else but him. He was the center of my universe, he was the meaning of my life.

At that time, I thought I hit the jackpot! I had the feeling that I’d never do better than him and that the Universe rewarded me somehow by sending his beautiful tender soul into my life.

Oh God… I thought I had it all.

But, in the beginning, that wasn’t far from the truth.

He held me like a delicate flower, carefully protecting me from the wind and the cold. He was by my side every step of the way.

I really thought I was rewarded. I seriously believed he was out of my league. I even felt honored he chose me over a dozen other girls he could’ve had.

This raised some serious questions about me.

I thought so little of myself and had no confidence whatsoever. I was, in fact, the only person who thought that little of me.

Others were looking at me like I was supposed to have done from the beginning. I should have loved myself enough to invert that crooked self-image I had in my head.

But let me tell you more about him.

He was so charming, funny, and beautiful. I’d never had a man like that.

Given the fact I was pretty young back then, dating someone a bit older like him was a challenge. Frankly, I was lost and had no idea what I was doing.

I had to follow his lead because he was so confident. He knew exactly what to do, when to do it, and how.

When you see such a decisive man, it mesmerizes you and you completely forget about who you are and what you want. His needs and wishes become your own.

The first time he kissed me, I felt like I was floating in a timeless and spaceless universe.

There was nothing around me but this feeling of uncontrollable happiness. I had no power to move my body.

I had no control over myself. The only thing I remember was the tingles over every inch of my body and I thought to myself: “Let this feeling last forever!”

Then he kissed me the second time and the third one. The emotions only amplified to the stage of total ecstasy until the shatter like millions of broken mirror pieces hitting the floor.

“I can’t be your boyfriend,” he said.

I was forced back to reality. The feeling was gone, the happiness was fading. This was the first thing I learned about love… Stay with me… Here it goes:

1. He could never commit to me

He was not that type. His free-spirited mind and wandering soul never allowed him to settle down with just one person.

Unfortunately, back then, I believed I wasn’t someone special who could capture his heart.

So, without even asking why or trying to fight for his love, my dreams were destroyed and I was stabbed in the heart by first true love with no chance of surviving the attack.

The man I loved could never love me back the same.

2. The red flags were obvious

Every future failed relationship has them. You’re only going to recognize them if you leave your options open. I didn’t do that.

I blindly believed that he was the right man for me. Not even for a second did I doubt my decision. Sadly, I should have.

Remember, please, that no one is perfect – especially not the man who seems to be flawless.

I ignored the reg flags and disaster struck. It was like an ice cold shower.

From instant crush and endless love, I soon felt disappointment, rejection, and pain… So. Much. Pain.

I know I’m not to blame for not recognizing the signs of danger. I know that mostly no one pays attention to the signs that predict your tears.

If it was that easy to see it, there’d be no heartbreak. The harsh truth is that your eyes open when it’s too late.

Your eyes open when the wound in your heart won’t stop bleeding.

3. With his love, he drained me

The most important lesson I learned is that love is not supposed to drain you.

When I was with him, I was full, I was happy – you can even say that I was eccentric. But after being with him and coming home to my “reality,” I felt nothing.

Nothing could excite me. There was no person in this world that could make me smile as he did. Basically, I was a woman only in flesh with a spirit floating around waiting for our next meeting.

I was just a shadow, a silhouette – completely emotionless, completely drained. He would bring me to life with our every next meeting.

Love is not like that and I had to learn that lesson the hard way.

His plan was flawless. Every time we met, he gave me what I needed.

The thing is, he never gave me too much. He always knew the exact amount of attention and care so I could come back for more.

That was the craziest hook I was ever on. It’s like a drug. You try it, you take some more and more and more… You know it’s bad for you.

You’re aware that the path you’re on is leading to disaster, but it’s so good that you don’t care. You just want to go back for more.

That’s how he manipulated me. He had me, yet at the same time he didn’t commit to me.

That’s the grey zone of relationships that he ruled so well.

Love doesn’t only take. Love gives back so much more than you give. That wasn’t the story I was living in. My love only took from me.

Every day he’d take as much as he needed and then he’d be gone.

I had no idea where he was going and whom he was meeting. But I’m not the suffocating kind. If he wouldn’t tell me, I didn’t ask.

That’s called trust, which I sadly gave to the wrong man.

Everything I felt inside I gave to him. When we were together, he was the only one in the world for me.

I would give him my full attention and every single feeling running through me would be submitted to him.

In return, as I already told you, I got emptiness. Only later when I truly found the love of my life did I realize I was in denial the whole time I was with him.

I was delusional, like someone cast a spell on me. My eyes were focused on one thing only – him – and unable to see anything else.

We ended our story with friendship, or what you may as well call false friendship. That thing we had going on survived for a couple of more meetings, but over time he forgot I ever existed.

He led me to believe that he loved me, but for some inexplicable reason, couldn’t be with me. Like, it’s too much for him to let me in his life as a whole and for good.

For the even sillier reason, at the time, I managed to understand the nonsense he was selling me.

I let him do whatever he wanted with me because I was young, naive, and most importantly, I didn’t have the courage to love myself.

I belittled myself from the start, which made me a perfect target to have fun with.

And there you go… That’s my story of a heartbreak that taught me what true love really is.

In a way, I’m glad it happened the way it did. I may have gone through hell, but at least… I’m happy now.

September , 2020 – Learning To Manage Our Finances And Health

NASA says you’ll still be your zodiac sign, we all breathe a sigh of astrological relief

Your October 2021 Horoscope Is All About Mercury Retrograde

9 People Reveal The Craziest Reasons They Have Ever Been Dumped

ThoughtCatalogs - April 5, 2019 0
Relationships don’t always turn out the way that we want them to. It can often leave people feeling devastated and heartbroken as the result...