As you’re probably already aware, there is a really thin line between lust and love. And sometimes, when emotions get involved, it can be challenging trying to discern between the two.

The truth is, these two things are polar opposites. Love is something that builds a meaningful, loving and committed relationship that is based on trust, honesty and forgiveness, while lust is an instant attraction to a hot body that you need to react to.

This is why it’s key that you are 100% certain that your partner’s feelings toward you are genuine love and not just a mad addiction that is bound to pass at some point.

This is not to say that being physically attracted to your partner is not an extremely important factor in maintaining a long-term commitment but rather that there should be much more substance upon which your relationship is based.

To make sure you’re not just two people getting it on on a regular basis, it’s best to examine these 5 signs which will help you understand the nature of your relationship a little better.

1. He insists on getting pleasured when you’re clearly not in the mood

If he does this, he most probably only sees you as nothing more than a hot piece of meat who he is addicted to and he needs his daily dose of s+++al delight from you.

He clearly doesn’t respect your feelings, boundaries or body. If he truly loved you, he would understand that forcing a partner into physical intimacy when they are not willing is an extremely disturbing thing to do.

Don’t be his booty call. If he treats you like this, leave his ass and find someone respectful and considerate of your wishes and needs.

2. He is known for being a commitment-phobe

You’ve heard stories about him being flaky and unable to commit but you believed those were just rumors, until now.

He is widely regarded as a ‘player’ who doesn’t even try to mask his lack of willingness to have a mature relationship. He is too macho to be tied to one woman.

If he has a history of this kind of behavior, I’m really sorry but chances are that he’s not going to change anytime soon. If he was capable of it and actually wanted it, he already would have changed his ways.

Don’t try and fix him if you see it’s futile. Rather, find someone who won’t have to be fixed.

3. S++ is a very frequent subject in his repertoire

You are frustrated with his lack of conversational versatility. All he seems to be interested in discussing is matters of a s+++al nature and he is very eager to express his candid views.

You are with a partner who is either not capable of or unwilling to talk about anything but s++.

This is a serious flaw and it indicates his intentions with you, which are clearly of a physical nature and not much more. If you can’t have a conversation about other important topics, what kind of a relationship is that?

4. He is often flaky, unless he knows there’s going to be s++ involved

When you make plans with him, he often finds a good excuse as to why he was unable to appear. He doesn’t seem to be interested in anything that he knows doesn’t lead to s++.

But when you insinuate or clearly state that your plans are likely to end under the sheets, he won’t miss it for the world.

Suddenly, he has all this free time and he won’t hesitate to get intimate with you. That is really the only way to get him to commit to your plans.

5. He mostly wants to stay in and be alone with you

He doesn’t show much interest in meeting your friends or family. If you suggest going for drinks with your girls, he’ll find a reason why that’s not the best idea.

His only plans that include you are staying in, alone, and getting it on. He doesn’t like going to public places much and you’re really flustered with this side of him as you want to take your relationship outside of the bedroom but he really isn’t keen on it.

Sadly, the only time he wants to spend time with you is when he knows it’s just you and him, because he knows exactly how and where it will end.

My advice is if you’re not getting the respect you deserve and your partner is acting as if you’re nothing more than a hook-up, that’s probably the case.

Don’t put yourself down though. It’s honestly not you. There is nothing wrong on your part, some guys are just untamed and don’t feel the need for emotional intimacy.

If you’re not comfortable with this kind of arrangement, break it off. There’s no shame in wanting something more fulfilling. Go and find someone who’ll know how to give you all that you deserve! 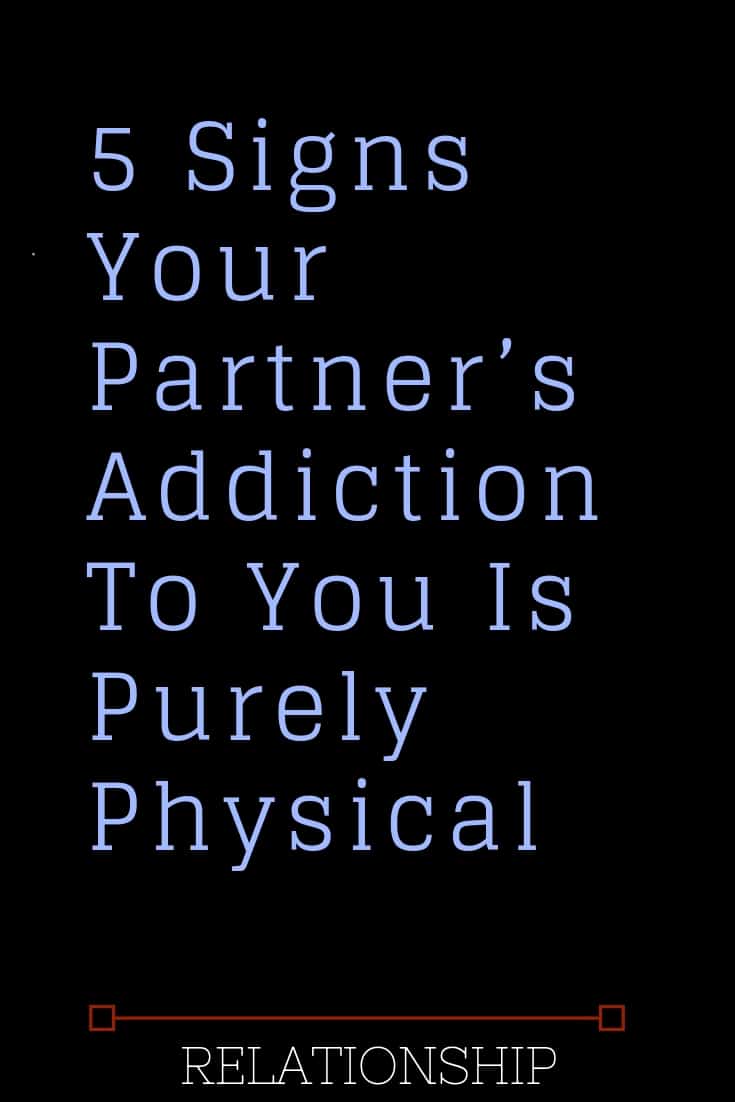 If He Really Wants You, He Will Chase You