Guys are pretty good at sending mixed signals. One day he wants to marry you, and the next day he pretends he barely knows you.

This can be really confusing, especially if you’re in a long-term relationship and looking for clues that will tell you whether he sees you as part of his future or not. Fortunately, there are some revealing signs that will confirm or discard your every doubt.

So, pay attention to his behavior and absorb his every thought and action. If he’s displaying the following five signs, he definitely sees a future with you.

1. He asks you about your future plans

He wants you to be happy. He’s interested in your wishes and goals because he cares about you. He supports you, and he wants to invest in the things you’re interested in.

If a guy is not serious about you, he won’t spend a second contemplating your future together. Instead, he would only be interested in himself and his goals. If he asks you about your future plans, he puts your happiness before his own.

He’s telling you that he will adapt to your own dreams and desires. It means he wants you today, tomorrow and the day after tomorrow—forever.

2. He speaks in the plural

When he speaks about the future, does he say ‘I’ or ‘We’? If he uses ‘We’, it’s a definite sign he sees the two of you as one. He sees you as part of his being, and a future without you would be meaningless to him.

If he contemplates the future and constantly speaks about it in the plural, you’re a lucky girl. He’s subtly trying to tell you that he wants and needs you in his future.

Your achievements and fails will be his own and vice versa. He wants you to be present in the days that are about to come because your presence is essential to him.

You are his muse and the biggest inspiration.

3. He wants you to meet his family

And not just mum and dad. He wants you to meet his extended family as well which include his cousins, uncles, aunts and so on.

He wants to show you to everyone because he knows that you’re the one. He wants them to know with whom he’ll be spending his future.

You’re his biggest achievement, and he’s proud to have you. His family is important to him, and he wants them to meet the woman of his dreams and to be happy for him.

If a guy sees you as a short-term girl, there’s no way he would do such a thing. So, if he proudly introduces you to his family, he’s head over heels for you, and he’ll do anything to keep you in his future.

He wants to be sure that he’ll be seeing those eyes and smile every time he wakes up and goes to sleep.

4. He’s constantly working on himself

Is he hitting the gym lately or learning to prepare your favorite meal? If he’s constantly trying to improve himself, it means he wants to become the best version of himself.

He wants to become the best version of himself for you. He sees you in his future if he’s determined and serious about his improvements.

He makes an effort in every single aspect of his life because he wants to keep you. He knows if he doesn’t treat you the way you deserve, someone else will.

He’s ready to do anything that is in his power to make you happy and to keep making you happy in the future days to come.

5. You’re a part of everything he does

He shares everything with you because your opinion matters to him. He wants you to know everything about his hobbies, friends and job.

He’s also not afraid to share his secrets and feelings with you. He doesn’t have a problem with appearing vulnerable in front of you because he feels comfortable around you.

He doesn’t want you to miss any of his happy moments along with the less happy ones. 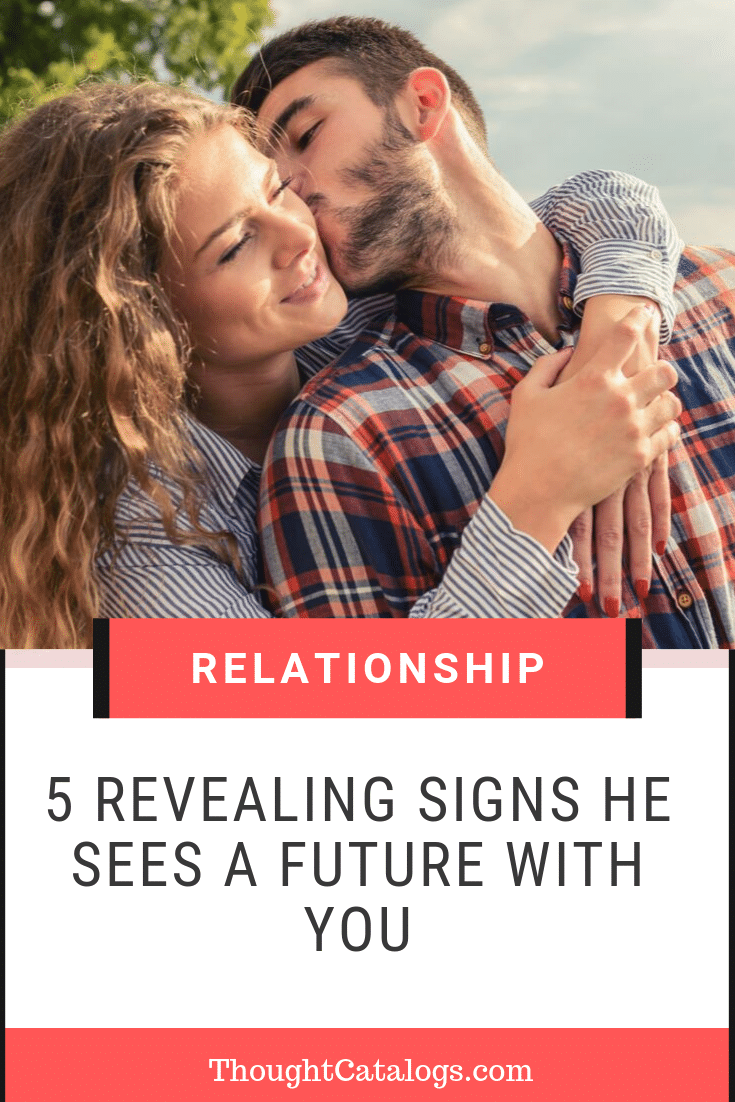