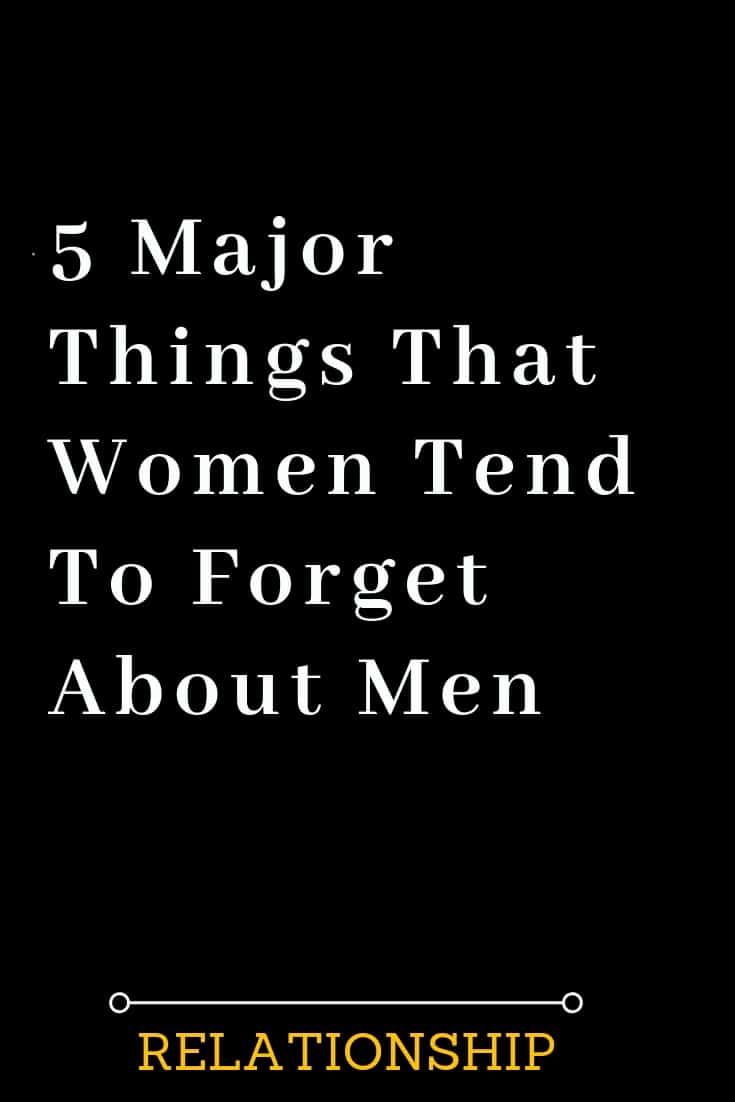 Nowadays, society is predominantly focused on women’s rights, equality and making sure that we have all of our boxes checked and rightfully so!

For so long, we as women have been in the shadow of men, barely seen or recognized for the plenitude of what we have to offer.

The time has finally come for us to have our voices heard and things are finally starting to look up.

But recently I’ve noticed through various conversations with friends and relatives that women tend to be a little dismissive of their partners and men in general and take their expectations a bit too far.

Due to being mistreated as a gender for so long, we tend to set the bar extremely high, and expect unreasonable things from men, even though in many circumstances it is grossly exaggerated.

Sometimes we even let our past misfortunate experiences make us put all men into one box, as if it is expected that since one man was a jerk to us, they all somehow must be as well.

That’s a little harsh and unfair, so I’ve come up with a few things I feel we as women should remember about men and cut them some slack.

After all, it is just as important that your partner is happy in the relationship as you are.

So here are some things we could all use a reminder of in order to be happier in our relationships and make sure that we treat our partner exactly the way we want to be treated.

1. Men are just as entitled to their privacy and personal space as we are

We often expect our partner to leave us alone when we’re in need of solitude and to not ask too many questions when we’re not really in the best mood.

But what we often forget is that they deserve their space and privacy as well!

Let your man blow off steam with his buddies and don’t hold a grudge when he needs a night off. Respect his boundaries just like he does yours.

Men are human too. Sometimes your man is going to need his space and you need to know that’s okay.

It has nothing to do with you, so let him have his day and he’ll be all yours tomorrow.

2. They don’t have to always be the one to take initiative

Sure, if he really loves you, he’s going to put in the effort needed to show you he cares.

He’s going to buy you flowers every now and again or plan a bomb-ass date night!

But sometimes you should take charge and do something nice for him. Surprise him with a nice gesture and be the first one to suggest a weekend getaway.

It’s not fair to always expect to be swept off your feet if you’re not willing to put in the same amount of effort.

It takes two to tango, so keep in mind that you get what you give!

3. Not all men cheat and lie

If you’ve had a bad experience in your previous relationship and you’ve been hurt, it’s understandable to be a bit apprehensive in your next relationship.

But remember, just because one man cheated, it does not mean the next one will too.

If you expect all men to treat you like shit, you’re never going to get your happily-ever-after.

Understand that there are so many good guys out there. Give them a chance to prove that to you.

When you do, you will realize just how good you can have it.

4. They don’t have to meet your unreasonably high standards

It is necessary that you show him you expect to be treated a certain way and not take any crap. Don’t lower your standards for anyone.

But if you expect far too much from him and then complain when he doesn’t work his ass off to fulfill your every insane demand, don’t expect him to put up with that for much longer.

Yes, he needs to respect you and treat you kindly. But if you treat him like some errand boy who is there merely to satisfy your needs, you need to know that’s not fair and no man is going to put up with that.

5. He doesn’t need you to change him

In every relationship, a healthy amount of compromise usually does the trick!

But when you enter a relationship with a man that you subsequently expect to completely change, you’ve got another thing coming.

Men don’t need us to change them. Would you like your partner to change anything about you?

I’m sure you wouldn’t. So why would it be okay to expect it the other way around?

There are always going to be tiny things that we’ll find less than amusing about our partners but that’s just life!

Nobody is perfect and that means that you are supposed to accept his little quirks as part of him.

He is who he is. If you expect that to change, it is not fair on either of you.

Sure, he can work on his manners and stuff like that but who he is as a person is off limits.

If you can’t accept him for who he is, then perhaps he is not the guy for you after all.

A Letter To The Man Who Emotionally Abused Me

If You Love Her, Let Her Go

In The End, I Am Grateful For My Almost Relationship

2021 Capricorn and Aquarius: Love Compatibility in 2021

10 Crucial Differences Between Love And Infatuation