Sadly, emotionally abusive relationships are very common. The controlling nature of the abusive partner’s behaviour is well hidden in the beginning.

They usually mask it with fake words and grand gestures until one day the mask falls off.

It is very likely that your parents and close ones tried to warn you about it, but you didn’t want to listen.

It is much easier for people outside of the relationship to notice the red flags, so don’t blame yourself for one second.

Controlling partners are usually well experienced in their pursuits for their victims and won’t let you see who they really are until they decide it’s time.

If you’ve had experience with an emotionally abusive and/or controlling partner, you will recognize the following ways in which they deceive their victims.

And those who feel trapped in this type of relationship, read on, and run fast if your man is using this on you. It is nothing but emotional blackmail that will eventually destroy you.

1. He gives you attention that you have never been given before

When entering a new relationship, the controlling partner will be very adamant to win you over by giving you tons of attention that you are not used to.

For the first time maybe ever, you will feel like somebody finally sees you and hears you.

You will feel cherished, appreciated, and important. This will be so flattering in the beginning, until one day, he starts acting like a whole different person.

Once he’s got you hooked, he is going to start denying you your personal space and make you do things that are outside your comfort zone.

He will emotionally blackmail you into doing things you’re not comfortable with by telling you that you owe him that.

He has been treating you like a princess and now it’s time to pay him back. And from then on, it only starts getting worse.

2. He makes you feel like he wants a real commitment

This is how he easily gets you to do whatever he wants. He simply expresses a desire to commit to you.

And if you’ve experienced toxic relationships in the past with guys who had trouble committing, this will be music to your ears.

He will make it seem like he wants you all to himself, and it may seem like rainbows and butterflies at first, but soon it becomes overly controlling and toxic.

He doesn’t let you be who you are, you always have to check with him before doing something.

He also starts telling you who you can and cannot spend time with.

What used to make you feel happy and thankful is now becoming a nightmare because you are realizing that he is not the type of guy who takes no for an answer.

And by the time you figure this out, you’re already deep in his web of deceit.

3. He showers you with attention, affection, and compliments

It is as if you can do no wrong. Whatever you do – he is so proud and excited for you.

Whenever you get ready for a night out – you are the most gorgeous person he has ever seen and you make him feel like no one else could.

It might seem a bit much sometimes, but you will ignore it because you know you deserve to be with someone who loves and cherishes you this much.

After all those unhealthy relationships, this is finally something you can enjoy.

With time, you will start feeling a little pressure to always look your best and do what you know HE wants you to do.

And day by day, it is going to become clear that his way is the only way.

4. He shows you how passionate he is about you

At first, it is going to be so flattering and comforting. He is going to fight for you and stand up for you.

Every now and again, he might get in a fight with another man who looked at you at a bar, but you will ignore it as this is what men do sometimes.

But this passion will soon prove to be a little more. It is no longer passion, but aggression.

If you look a certain way that he doesn’t approve of, he will make it clear to you to go change.

And if it happens again that a guy looks at you outside, it will make him go ballistic.

Basically, what was passion in the beginning, is becoming a real problem now, and it will have escalated so fast that you won’t know how it got this far, but you’ll know it is no longer healthy.

5. He takes care of you like no one else has before

He comes rushing home if you’re sick and need help. He brings you flowers on the most random days and he takes you on date nights that blow your mind.

You are so well taken care of that you feel like you are in a bubble of happiness.

But that’s the thing about controlling partners. They take care of their women so much and so well, that they don’t allow anyone else to do it other than them.

They are the only ones allowed to be there, and soon, they make that clear.

You are made to feel like you can’t live without him and that he’s the only one capable of helping you.

If you even thought of calling someone else or getting out, you know it wouldn’t end well.

This is a warning sign that he has latched onto you and you need to find a way out, however you can. 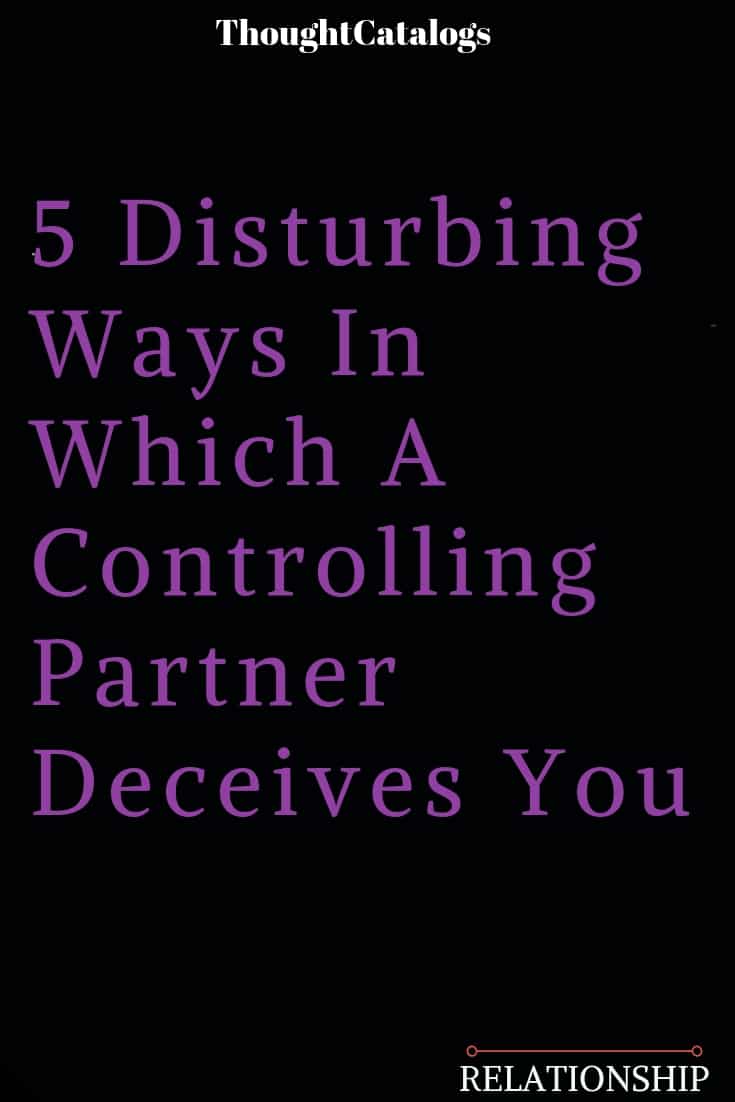 Pick A Partner Who Will Catch You When You Fall