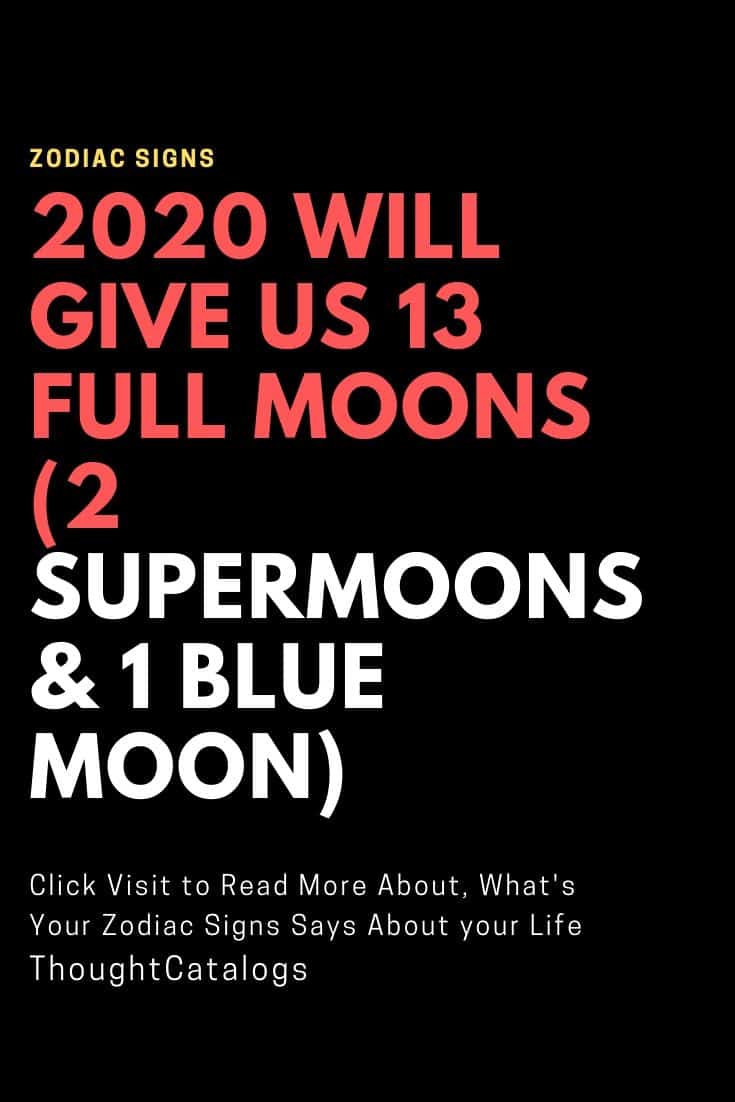 2019 had been a super year for the Moon enthusiasts with 3 consecutive Super Moons! The first quarter was indeed a treat last year but will 2020 be as generous with the luminaries?

Astronomers say while we won’t be getting 3 supermoons like last time, we will still witness 2 of them.

The lack of one Super Moon can be balanced out by the presence of the Blue Moon on none other than the Halloween night! With October hosting 2 full luminaries, Halloween will indeed be spooky!

What Exactly Are Super Moons And Blue Moons?

And when we have 2 Full Moons in a calendar month, the latter is traditionally named the Blue Moon.

2020 will be offering us at least 2 Super Moons, scheduled on 9th March and 7th April. Space.com mentions that the 7th April Moon will probably be the biggest Full Moon of 2020 since it will be at the shorted distance from Earth in its orbit.

When Are The Rest Of The Full Moons Taking Place?

According to Eastern Time in the US, the 13 Full Moons of 2020 will be on the following dates.

We have already witnessed the Wolf Moon on 10th January and the next one, the Snow Moon is on 9th February at 2:33 am. March hosts the Worm Super Moon on the 9th at 1:47 pm while the next Super Moon or the Pink Moon will be at 10:35 pm on 7th April.

The first Full Moon in the second half of the year, the Buck Moon will rise on the 5th of July at 12:44 am followed by the Sturgeon Moon on August 3rd at 11:58 am.

Note the dates down and make sure you don’t miss the Full Moons of the first year of the new decade!

If You Possess These 8 Traits, You Are Truly A Perfect Woman

I’m Sorry For Breaking Your Heart

Your ” I Will Love You Until ” According To Your Zodiac Sign

This Is Why You Choose To Be Single, Based On Your Birth Month

How To Unlove Someone (A Step By Step Guide)

10 Sorts of Boyfriends That Will Certainly Make Your Life Hell

What I’ve Learned About Love After Being Abused

Each Zodiac Sign Makes One Dating Mistake – What Is It?

ThoughtCatalogs - November 4, 2019 0
Aries You’re constantly overdoing it. Every date with you has to be perfect. Truth to be told, you’re not trying to make your person feel bad. On...