So, you really like this guy and you would kill to get his number but you certainly don’t want to fuck things up, or even worse, appear too desperate. (I totally get it.)

You are also uncertain whether you should be the one making the first move or you should let him do all the work.

Sadly, when it comes to making the first move, the majority of guys are not that confident with exposing themselves out there and simply asking you for your number.

They would rather climb a mountain than deal with the consequences of a possible rejection.

And that’s where you come into the story!

To get his number, you will not (necessarily) have to ask him for his number directly but there are some things and tricks that you can do that will let him know you’re interested, which may also motivate HIM to ask for your number instead! (Sounds like the perfect plan, right?)

10 EASY WAYS TO GET HIS NUMBER

Gone are the days when men were the only creatures allowed to buy a drink for a girl that they were hitting on (and you should definitely use this to your advantage).

If you want to get his number, all you need to do is buy him a drink (or two).

When he sees how confident you are, and more importantly, when he sees that you’re interested in him, he will give you his number in no time.

Just buy him a drink, smile seductively from the other side of the bar and wait for his guaranteed approach!

2. Be bold and direct

I deliberately didn’t name this one ‘Ask him for his number yourself’ because the majority of you would just skip this point due to a lack of confidence or something else.

However, I want you to gather the courage and find that powerful woman within you who has been sleeping for some time and ask him for his number yourself!

If you do this, he will instantly fall head over heels for you and he will be more than happy to give you his number!

Or you can get a wingwoman instead, who will do the majority of the work for you.

A wingwoman will let him know that you’re interested and also she can tell him lots of nice things about you that you wouldn’t be able to say alone when you just met him (unless you want to appear narcissistic).

If everything goes by the plan, you will have his number sooner than you were expecting.

4. Slide your number into his hands

Another brave alternative is to just slide your number into his hands. Believe me, there’s nothing sexier or more powerful than that.

If you’re in a bar, just simply pretend that you’re going to the toilet and when you reach him, just slide your number into his hands.

Next, just relax and wait for his text or call.

5. Play the ‘damsel in distress’

Admitted or not, guys simply love to help women who are in need of their assistance.

By doing that, they will feel ten times more important and powerful because they can show off their wits and strength.

So, if you give him the opportunity to show you his masculine side, you will also get his number as well.

Just think of a situation in which you would need a guy’s assistance (like when your car has broken down, even though you can’t really fake that one), look cute and let him do the rest!

6. Lie about a friend

Another easy way to get his number is to simply lie to him about a friend.

You can tell him that your (imaginary) friend is into the same things as him and that it would be great if they could connect.

Then ask for his number just in case an opportunity arises and once you get his number, you can choose to do one of the following two things:

a) Keep talking and texting him like nothing happened

(My personal opinion is that the second option would be a much better bet.)

Invite him to a party or somewhere else and he will have to give you his number because of the details regarding that certain event.

It is a clever way of subtly asking for his number without letting him know the real purpose of it.

If you’ve just met the guy, first make sure to talk a little bit and then invite him somewhere (and ask for a number regarding the details) and tell him that you had a great time meeting him.

8. DM him on social media

Ah, social media! When it comes to dating, social media has significantly improved our chances of hooking up with someone in an indirect way (which is far more comfortable to many of us).

To get his number, the only thing you need to do is DM him on social media, make sure that you have a nice, cute profile picture and as the conversation progresses, he will eventually ask you for your number himself.

9. Text yourself from his phone

This one’s a little bit tricky because it demands you to wait for the perfect moment when he turns his back and leaves his phone out of his sight.

You can use that moment to text yourself from his phone and voila, you’ll have his number!

I don’t think I even have to tell you how much he will be amazed by your confidence, wits and skills.

10. Use a subliminal message

In case you’re not familiar with the term ‘subliminal message’, it means doing something that is not easily perceived but it will influence another person to do something on a subconscious level.

In this case, it means holding your phone in your hand while talking to him, which will remind him to ask you for your number!

You can improve your performance by talking about your future plans, which will remind him that he needs to stay in touch with you (and he’ll do it by getting your number)! Good luck! 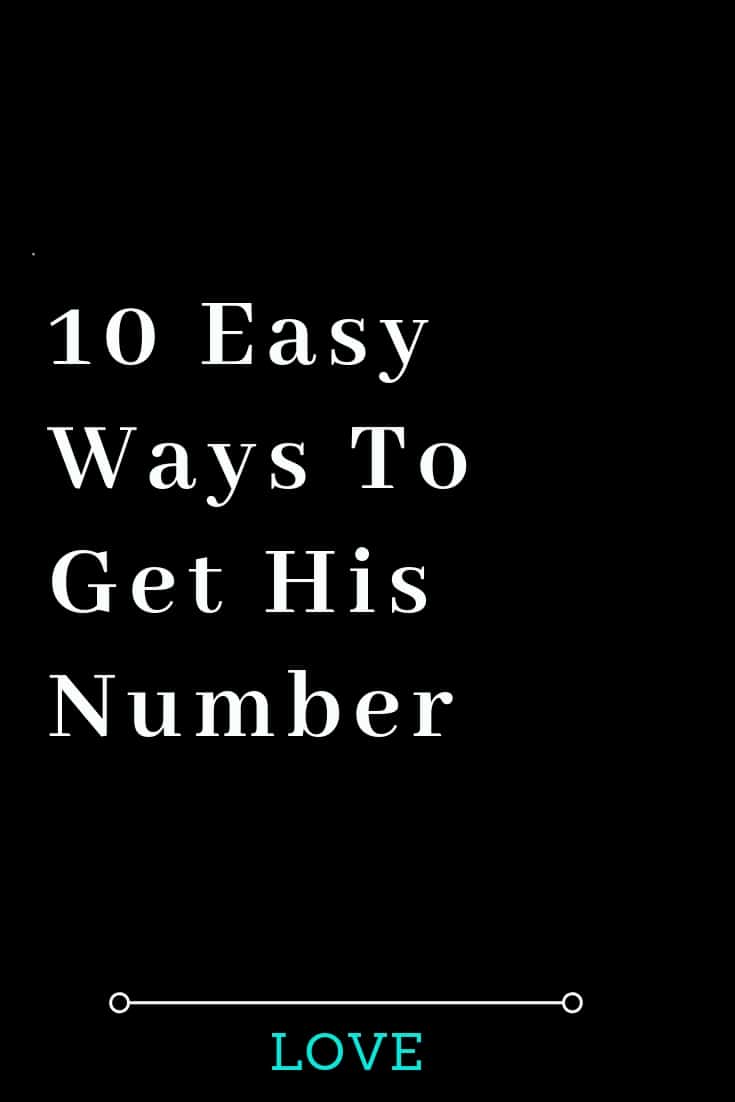 How Learning Horoscope Can Improve Your Relationship With Yourself In 2023, Based On Zodiac Sign
14 hours ago